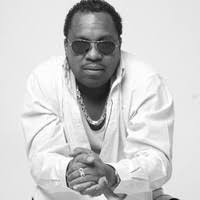 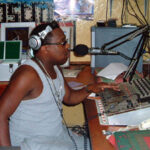 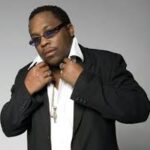 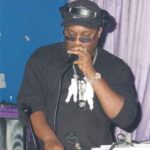 His programme was produced by Tim Westwood’s production company Justice Productions, and Goldfinger frequently appears at club nights DJing alongside Westwood. He grew up in Jamaica and attended the high school Jamaica College. He has interviewed many artists over the years at Radio 1 including Damian Marley, Beenie Man, Chaka Demus and Pliers, Capleton, and Barrington Levy.

In the latter part of 2009 Chris departed from the reggae dancehall show, a post he held for 13 years. Since his departure, he has appeared on the 1Xtra Dancehall Mix show (filling in for Young Lion). He stated that he will be “passing through 1Xtra more, once he has the time.” He was scheduled to open a new club in Croydon simply called ‘The Club,’ and to have a show on Flava TV channel.

Goldfinger is the owner of the party venue in Croydon called Tabú Lounge. He tours extensively in places such as Zimbabwe, Gambia, and Jamaica.

Goldfinger contributes the intro and mid-show drop on the ‘Original Flavaz mixshow with B-Eazy & Dubsoulvibe’ on TrunkOfunk Radio available on Mixcloud every last Sunday of the month. Goldfinger and B-Eazy hosted an ‘Original Flavaz’ mix show special which was broadcast on 26 February 2017.

Chris Goldfinger shows his soul side on ONTOP FM and RIDDIM ONE RADIO every Sunday with the ever popular Sunday Soul Serenade Show, which features strictly soul classics, nothing below the 50’s and nothing above the 80’s. The soul show is posted on SoundCloud.com.