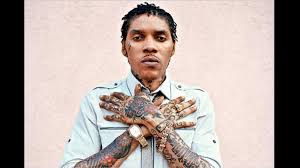 Adidja Azim Palmer (born 7 January 1976) better known as Vybz Kartel, is a Jamaican musical artist, record producer, entrepreneur and dancehall performer. Among his various nicknames, he is referred to as “Worl’ Boss“ and has been recognized as one of genre’s most prolific and skilled lyricists credited with further popularizing dancehall. 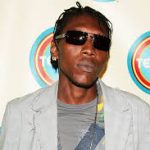 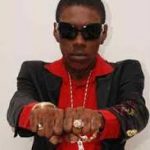 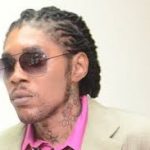 Kartel’s singles have achieved cultural ubiquity across the Caribbean, including “Romping Shop” (2009), “Summer Time” and “Dancehall Hero” (2013). Having collaborated with a number of internationally prominent hip hop and R&B artists such as Major Lazor, Rihannaand Jay Z, he has also been credited as an inspiration for the dancehall-infused work of a number of Western artists, including Drake, who has cited Kartel as being one of his “biggest inspirations”.

In 2014, Kartel was sentenced to life imprisonment for the murder of his associate Clive “Lizard” Williams. He will be eligible for parole once he has served a minimum of 35 years in prison.Despite being imprisoned, Kartel continues to release new music prolifically, releasing over 50 new songs in 2016 alone.Vybz Kartel started his career as a teenager in 1993 with his first recording “Love Fat Woman”, released on Alvin Reid’s label “One Heart”, using the moniker “Adi Banton”, as homage to Buju Banton.Palmer was later part of the three-member group “Vybz Cartel”, keeping the name after the group split up, and became a protege of Bounty Killer, for whom he claims to have written nearly 30 songs, including “Gal Clown”.

Vybz Kartel rose to prominence in 2003 after a string of hits in Jamaica. The year culminated in a pre-planned on-stage clash with Ninjaman at the annual dancehall festival Sting in Kartel’s hometown of Portmore. The clash turned violent when Kartel’s crewmembers, as well as Kartel himself, threw punches and assaulted Ninjaman onstage.While Kartel’s manager initially blamed Ninjaman, Kartel himself quickly apologised to Ninjaman and Sting organizers for the fracas. Four days after the incident, the two artists appeared before the press to announce a settlement of their differences and to end any animosity.

From the beginning to midst of his ongoing career, Kartel released a number of albums through the UK based label Greensleeves Rcords, such as Up 2 Di Time, More Up 2 Di Time, and J.M.T.. He established his own label Adidjahiem/Notnice Records with his business partner and producer Ainsley “Notnice” Morris. After splitting with Bounty Killer-led Alliance in 2006, Kartel joined the Portmore Empire, a group of dancehall DJs and singers from his Portmore neighborhood that he signed to his newly founded Adidjahiem/Notnice Records. The members included Popcaan, Deva Bratt (founder), Gaza Slim, Shawn Storm, Sheba, Gaza Indu,Tommy Lee, Singing Maxwell, Singa Blinga, Lenny Mattic, Lisa Hype, Gaza Kim, Blak Ryno,Jah Vinci, Dosa Medicine and Merital Family.

In 2008, Kartel launched his own liquor line; Street Vybz Rum. He hosted a weekly dance party Street Vybz Thursday, at the Building, a Kingston nightclub he managed with Street Vybz Rum business partner, Corey Todd. The rum was officially distributed by Vybz Distillers Limited. The same year, he also released his own condom line, Daggerin Condoms. Street Vybz Rum production was stopped in 2011 because of a disagreement between him and Corey Todd. However, the collaboration resumed in 2012 as the two settled their differences, and despite Kartel’s ongoing incarceration.