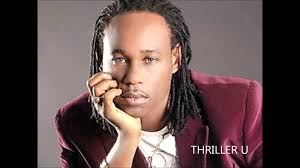 Eustace Hamilton (born 14 August 1969)  better known as Thriller U, is a Jamaican reggae singer-songwriter. Thriller U had several hit songs including “My Love”, “Rain”, “Sitting in the Park”, “Crazy”, “Young and She Green”, “Ain’t No Way To Say I’m Sorry”, “I’ll Never Love This Way Again”, and “I’ll Prove it to You”. 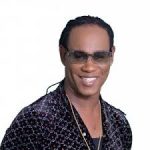 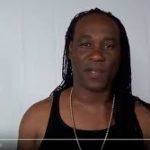 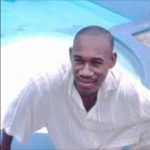 Thriller U was born in Kingston, Jamaica 14 August 1969, names Eustace Hamilton. While attending the Spanish Town Secondary School in St. Catherine Jamaica, his interest in music and songwriting along with his amazing talents started to develop and it was there he started to branch out and take his talents to higher levels in the music industry.

His debut LP in 1986, at the age of 17, reflected his tremendous talents with the No. 1 hit on the United Kingdom Album Charts called Waiting for You, remaining solid at no.1 for eight consecutive weeks. His vibrant first single Juggling surged to no.1 on the Jamaican top 40 charts, spending over five weeks, being followed by other no.1 hits including “Young and She Green” (featuring Johnny P) and I’ll Prove it to You, both represented by Technique Label. While having the privilege of working with labels in Japan such as overheat records Avex Tracks and JVC/Victor Music Incorporated, in association with well-known producers from the USA such as Guru from Jazzmatazz, Sly & Robbie and Rap artist KRS-One.

By 1989 Thriller U was honored Best New Singer of the Year by the Jammy Annual Awards, leading to exclusive recordings with a variety of producers locally and internationally, such as King Jammy’s Shizui Ishii, Roy Francis, Philip “Fatis” Burrell, Donovan Germain and Steely and Clevie.