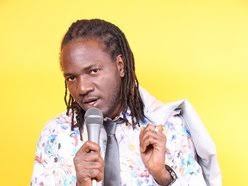 TONY CURTIS Born in September of 1971 in St. Catherine, Jamaica, Curtis knew that music was his mission from early on, even if he never envisioned it as a career. Young Curtis O’Brien would go to church, approaching the mic anytime the opportunity presented itself. Laughing, Curtis fondly recalls his early days singing in the church. 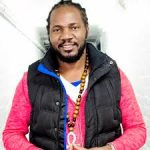 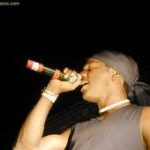 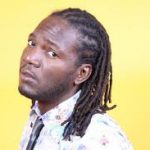 The young singer began to enter local talent shows, mashing up the place with classic cover tunes. From talent shows to the local studios, Curtis began to voice a few dubplates for the local club and some small sounds. As his reputation grew, producer Clive Kennedy took notice of the young singer and in 1988 took him to the studio to record his first song; “Tell Me You Will”, released on the Aquarius label. Still in school, Curtis would bounce back and forth between the studio and the classroom, until the music business became too strong to resist

Curtis hopped on the bus for Ocho Rios to pursue his life long dream of being a singer. “When me leave fi Ocho Rios, a de longest drive dat inna me life, and that was like a hundred miles. When me reach, I think all I could buy was a bun.” With a bun in hand, Curtis set out to find Roof International Recording Studios. When he arrived, “Me go pon the studio, hang out an’ sing, mek dem hear me an’ ting and dem say yeeeeaaaah!”. The singer’s first real taste of success came from a song voiced for Courtney Cole’s Roof International Label, a combination with his childhood friend, DJ Jigsy King. The song was the classic “Butterfly”. “When we sing that, the girl dem a go craaaazy! Everybody a get mad!” From there, it was no turning back.

Curtis’ debut album, ‘Designing Woman’, was released on Roof in 1994. Tony CurtisAfter that he began to branch out, voicing for different producers, scoring a huge hit for Stone Love with another combination with Jigsy, “My Sound A Murder” on the classic “Real Rock” rhythm. After several more legendary Stone Love tunes he recorded “Sailing” for Bobby Digital. Voicing tunes for Winston Riley, John John and Tony “CD” Kelly, pushed the singer even further up the ladder to the International stardom that has been awaiting him from birth.

Tony Curtis has been busy spreading love with his exceptional voice. “If yuh say love, yuh kinda generate love. And if ya say war, ya dun know is a seed weh ya sow. So, you keep focused pon positive things. If you write love songs, ya write good love songs to heal people’s soul, make people love again”.

Now, with his sophomore album, Curtis has expanded the boundaries of Reggae music, singing unforgettable love songs and praising the most high with his incomparable voice. Singing for a purpose, Tony Curtis’ mission is to make, “Positive music fe uplift the people. Sensitive music to rock your soul.” And rock your soul he most surely will.

The album, “Stronger”, contains the best work of Curtis’ career. Classic hits like “I Believe I Can Fly”, and “Love Shoulda Brought You Home” come together with current favorites “Jah I Thank You” and “Stronger”, alongside the massive number one hit “High Grade” and the wicked “Time Has Come”. With Jah by his side and love in his heart, Tony Curtis is the Reggae singer for the new millennium : )