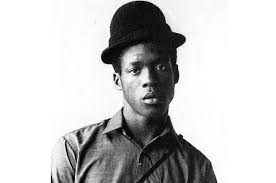 Clive Bright (2 December 1966 – August 1988)  better known as Tenor Saw, was a Jamaican dancehall singjay in the 1980s, considered one of the most influential singers of the early digital reggae era. His best-known song was the 1985 hit “Ring the Alarm” on the “Stalag” riddim. 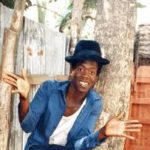 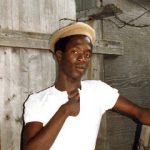 Born in Victoria Jubilee Hospital, Kingston, Jamaica, Bright was raised as the fourth of six children in the Payne Land, Maverley and Olympic Gardens areas of West Kingston before the family settled in Duhaney Park. Bright had a religious upringing and sang in the Seventh-day Adventist Church of God choir in Olympic Gardens. Seeking to make it as a recording artist, Bright approached several of Kingston’s producers. After being rejected by several others, George Phang gave the youngster a chance; His first single, “Roll Call” was recorded in 1984 for Phang’s Powerhouse label, on the “Queen Majesty” rhythm. He moved on, with his friend Nitty Gritty, to work with Sugar Minott’s Youth Promotion sound system and Black Roots Recordslabel, having hits in Jamaica with “Lots of Sign”, “Pumpkin Belly”, “Run Come Call Me”, and “Fever”. His most successful single, however, was “Ring the Alarm”, voiced over the “Stalag” riddim for Winston Riley’s Techniques label. The singles’ success saw Tenor Saw work with King Jammy, recording “Pumpkin Belly” on Jammy’s (then) new “Sleng Teng” rhythm.Further hits followed in 1986 with “Golden Hen” (on the Uptempo label), and Minott issued Tenor Saw’s debut album, Fever, that year. In common with most dancehall albums of the period, most of the rhythms were digital adaptions of older tunes from the 1960s and 1970s, usually produced originally by Coxsone Dodd or Duke Reid. Thus, “Shirley Jones” is based on the “Rougher Yet” riddim (named after Keith “Slim” Smith’s “Rougher Yet”), and “Eeni Meeni Mini Mo” uses the “Real Rock” riddim from Studio One, while “Roll Call” versions The Techniques’ “Queen Majesty” from Duke Reid, and “Lots of Sign” uses the bassline of “Tonight” by Keith & Tex, produced by Derrick Harriott.

By the time the album was released, Tenor Saw had relocated to Miami, joining the Skengdon crew, where he recorded “Dancehall Feeling” and “Bad Boys”. He recorded “No Work On a Sunday” for Donovan Germain, before moving to New York, where he recorded with Freddie McGregor (“Victory Train”). His last recording, “Chill Out Chill Out”, was a duet with General Doggie.

In August 1988 he was killed by a motor vehicle in Houston, Texas, with the official cause of death determined as a case of hit and run accident, although other sources insist that he was murdered. He died at 21 years of age. Tenor Saw is regarded as one of the most influential singers of the early digital reggae era of the mid-1980s.