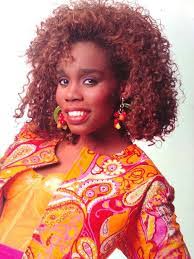 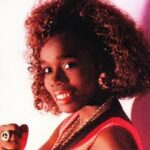 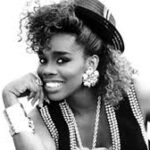 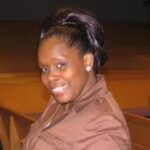 Michelle Harrison-Timol (Clear-Name) aka Shelly Thunder // Shelly Thunder’s birthplace (some say New York, others, Jamaica) is as perplexing as her sudden but real status as a born-again Christian. Only Thunder knows for sure. The dancehall queen broke big with “Kuff” on Mango Records in the late ’80s. The Henry Whitfield production about keeping men in check was an instant hit in Jamaica in 1988. Thunder became the female equivalent to Shabba and Cutty Ranks, along with Lady Patra and Sister Charmaine, and continued to paint the chart with other man-checkers like “Sometimes a Man Fi Get Kuff,” “Walk Out a Mi House,” and “Bway Nuh Come Back.” Mango dished out some popular albums by Thunder, as well: Fresh Out of the Pac and Break Up (both 1989), the latter was titled after another hit recording, which was written by Sleepy Wonder; Working Girl (1990); and Jump Around in 1991. Women libbers loved her and bad boys respected her. Sometime in 1992-1993, a change occurred and Thunder stopped singing about standing up to men and started praising the Lord in song. The roughneck dancehall wailer became a Christian Soldier and a proud member of God’s army. She started performing at reggae gospel concerts, where she changed her secular song titles and lyrics to gospel, (i.e., “Satan Fi Get Kuff” and “Walk Out a Mi House Devil Don’t Come Back”) while adding new religious titles to her repertoire, such as “The Race Is Not for the Swift.” Thunder also authored and performed on “Forgive Me Father,” a popular gospel tune off Lauryn Hill’s popular Miseducation of Lauryn Hill (1988) smash. An accomplished DJ/sing-jay’ Tunda” Shellie as she likes to call herself, was one of two female musical artists in roots and culture/dancehall reggae who blazed a trail in New York City’s reggae dancehall scene during the 1980’s, a period when the city established its presence as one of the center of reggae music on the world stage. Along with Sister Carol aka ‘Mother Culture’ the edutainment guru of reggae roots and culture, Shelly, dominated NYC dancehall/reggae, like no other female in the decade of the 80’s. Both Shelly and Sister Carol have the distinction of also being successful actresses in local theater and Hollywood respectively.