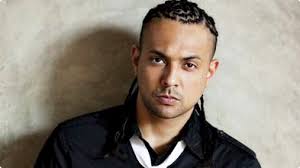 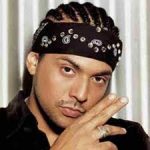 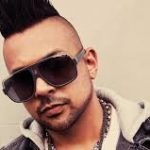 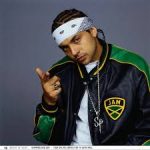 Sean Paul was born in Kingston, Jamaica, to parents Garth and Frances. His mother is a well-known painter. His paternal grandfather emigrated from Portugal, and his paternal grandmother was Afro-Caribbean; his mother is of English and Chinese Jamaican descent. Sean Paul was raised as a Catholic. Many members of his family are swimmers. His grandfather was on the first Jamaican men’s national water polo team. His father also played water polo for the team in the 1960s, and competed in long-distance swimming, while Paul’s mother was a butterfly swimmer. Paul played for the national water polo team from the age of 13 to 21, when he gave up the sport in order to launch his musical career. He attended Wolmer’s Boys’ School and the College of Arts, Science, and Technology, now known as the University of Technology, where he was trained in commerce with an aim of pursuing an occupation in swimming,In 2012, Paul married his longtime girlfriend Jodi Stewart, a Jamaican TV host.In August 2016, it was announced that the couple was expecting their first child. On 26 February 2017, Sean Paul announced the birth of his son, Levi Blaze. Sean Paul announced on social media the passing of his father Garth Henriques on 24 May 2018.Paul’s manager and producer Jeremy Harding first heard about the singer when his brother told him about seeing someone at a small open mic event in Kingston who sounded a lot like the popular dancehall DJ and toaster Super Cat. Harding eventually met the singer when Paul came by his studio to ask for some advice. During the meeting Paul recorded a vocal over Harding’s rhythm track and in the process created the song “Baby Girl”. Paul began hanging out at the studio every day, and the pair collaborated on several more tracks. When they recorded “Infiltrate” they decided they had something good enough to get on the radio. As Sean Paul started to attract local attention, Harding began looking after his affairs. He later told HitQuarters that his support of Paul’s fledgling career initially led him assuming the roles of “DJ, manager, road manager and security guard.”Paul made a quick cameo appearance in the 1998 film Belly on stage performing. He made a very successful collaboration with DMX & Mr. Vegas (Top Shotter) as a soundtrack of the film. In 2000, Paul released his debut album, Stage One with VP Records.

In 2002, Sean Paul continued his work with manager/producer Jeremy Harding, and after a joint venture deal with his label VP Records and Atlantic Records, announced the release of his second album, Dutty Rock. Pushed by the success of the singles “Gimme the Light” and the Billboard Hot 100 topper, “Get Busy”, the album was a worldwide success, eventually selling over six million copies. The album Dutty Rockwon the Reggae Album of the year at the 46th Annual Grammy Awards in 2004. His single “Get Busy” was also nominated for best Rap Song in that year. Simultaneously, Sean Paul was heard on Beyoncé’s U.S. #1 single “Baby Boy” and Blu Cantrell’s “Breathe”, a chart hit in Europe. Both helped to push his reputation further still in the United States. He appeared on Punk’d, 106 & Park, Sean Paul Respect, Making the Video (“Get Busy”, “Gimme the Light”, and “Like Glue”) and his music videos have been broadcast on MTV and BET.