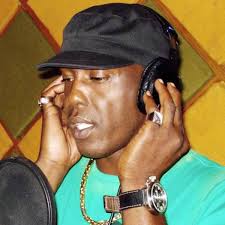 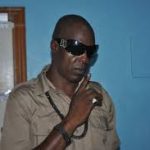 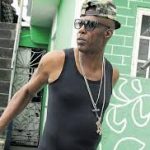 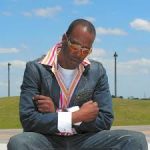 His parents Gloria Gordon and Oaney Reid were simple farm workers [1] . In his youth, his parents separated and he moved with his mother, his older sister and his late younger brother in the capital Kingston , in the neighborhood Seaview Gardens.

Nitty Kutchie has been involved as a teenager in various sound systems as Singjay. However, he was discovered in the early 1990s by the Jamaican Deejay Bounty killer, who strongly promoted him in his early days. After several recordings with various newcomers in 1993, the first song was released, named Georgie Porgie , in collaboration with Singjay Angel Doolas and Bounty Killer. The single was released on the label Kingston 11 . In early 1994, the second single was released, on the same label and support, called Go Away . Then Doolas and Kutchie released the song Reggae Jam on the label Jammy’s without their mentor. During that time, Kutchie had her own vocal party every time Bounty Killer appeared.

After Kutchie released the song Unconditional Love on the label Imaj together with the Deejay Determine, Bounty Killer searched for four young, male, individual Deejays for a dancehall formation. Nitty Kutchie teamed up with Deejays Elephant Man , Harry Toddler and Boom Dandimite . The first name of the band was Seaview Family [2] .They chose the name because they all come from the Kingston neighborhood Seaview Gardens. The first single appeared in 1995 on the Jamaican label Ghetto Vibes and was called Fight War . The band soon became popular throughout the Caribbean and after the great success of their single Big Guns Scare Dem their mentor Bounty Killer changed their name to Scare Dem Crew . During his time in the band, Nitty Kutchie also released his first single as a solo artist in 1997. The song named Gal Scream appeared on the label Main Street. One year later, further solo releases appeared. He also sang various riddims with other artists. After Elephant Man left the band in 1999 after disputes, the Scare Dem Crew was disbanded after two successful albums and several single releases. Then Kutchie devoted himself to his solo career. Having already been internationally known by the Scare Dem Crew, the first single appeared on a European label in 2001. The song Do Or Die was published by Bakchich from France. In 2005 the label Flava Squad Entertainment released the first album with Jah Deliver Me .