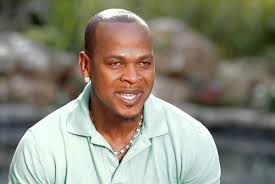 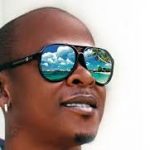 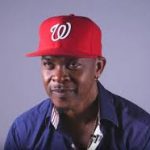 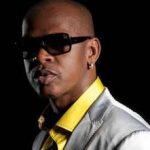 Clifford Smith, also known as Mr. Vegas, developed a passion for music at an early age. But it was the moment he voiced a track on the Playground Riddim for producer Jeremy Harding, despite a serious injury to his jaw, which sealed his fate in the business. Unfazed by the injury and ambitious, Mr. Vegas laid his one-of-a-kind vocals and created Nike Air – an instant hit!

Ever since Mr. Vegas catapulted his way to the top in 1997 with Nike Air and the follow-up smash Heads High, the singjay has never looked back. Heads High, with its lyrically creative message of resistance, found instant favour with the females. It received heavy rotation on mainstream media outlets, including MTV, and even secured a spot on the Billboard charts for quite a few weeks.

With the success of the single, a debut album of the same name was a natural next step. Released on the Greensleeves label, the Heads High album made the world stand up and take notice. With hit songs like Jacket, Sweet Pineapple and Everywhere I Go, Heads High was a chart topper. Not surprisingly, the singjay earned a coveted British Music of Black Origin (MOBO) award for Best Reggae Artiste, a clear indication that his fan base had expanded way beyond America and the Caribbean.

Skillfully riding a wave of success, the entertainer confidently affirmed his position as reggae/dancehall’s risen star with his sophomore Greensleeves release, Damn Right, which contained a myriad of favourites including Girls Time, She’s A Ho and the monster hit Hot Gal Today on which he collaborated with Sean Paul.

Incidentally, Hot Gal Today was voted one of the all time best collaborations by Vibe Magazine. With his move to the Los Angeles-based independent label, Delicious Vinyl, Mr. Vegas released his third full-length offering, Pull Up. The title track entered the Billboard Chart and again thrusted Vegas to international status.

Throughout the years, Vegas has continued to release well-crafted singles which have ensured his status as one of the most consistent and in-demand acts in the business. Tek Wey Yuhself, Hot Wuk and Nuh Friend From Dem, from his 2007 Hot It Up album were chart toppers, with Hot Wuk dominating all the major American, Caribbean and European charts. The single even made an entrance on Billboard’s Hot R&B/ Hip Hop Singles chart. His 2008 Daggering packed a wallop in the dancehall, and in true Vegas style, come 2009 and he again demonstrates his versatility with the gospel-flavoured I Am Blessed and Up Deh.

This singjay has appeared on all of the Reggae industry’s major shows, including Guinness Sting, Red Stripe Reggae Sumfest, Fully Loaded and Reggae Sunsplash. In additional to blasting his way through the Caribbean, Mr. Vegas has also thrilled fans in Europe and the U.S. and Japan with highly rated performances.