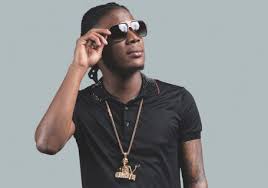 Masicka is the multi-talented, 19 year-old Dj, singer and songwriter on the verge of breaking into the tightly knit circuit of the Jamaican dancehall scene. 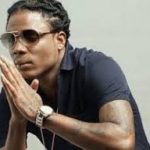 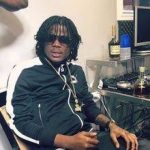 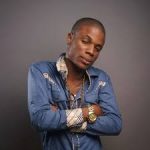 Masicka is the multi-talented, 19 year-old Dj, singer and songwriter on the verge of breaking into the tightly knit circuit of the Jamaican dancehall scene. Masicka is sure to be a big hit in dancehall music and is seeking to bring his one-of-a-kind style to international prominence. Today, Masicka is hailed as the next rising star in dancehall, with hot new singles, Guh Haad N Done, Whistling Clean and Lose Control getting heavy rotation on local radio stations, such as Zip 103, Hits 92 and Fame FM. Masicka has also been recently featured on some popular reggae/dancehall radio shows in the United States and UK. All of this airplay is greatly appreciated by the young Dj, who sees all the attention as reaching another milestone in his career. Masicka’s success also bodes well for his production and marketing team at One Motion Music. Masicka has already been fortunate to work with a variety of today’s talented dancehall producers over the past year. Producers like Equinoxx Music, a well-established riddim producer respected both in Jamaica as well as abroad. Icon, who does production for Ding Dong and many others. Makonen, who is popular for his tracks with Andrew and Wada Blood of the One Blood Family. Others include G3 Musik, TJ Records and CrashDummy Productions, the producer of Masicka’s latest single Guh Haad And Done. Masicka is thankful to have the opportunity to work with such great producers, but still maintains a special connection with one particular production house, One Motion Music. One Motion Music has been with Masicka from the begining and has produced some of Masicka’s most popular hits, like Whistling Clean and Lose Control. Masicka’s recent success has led the One Motion camp to film the first music video for Masicka with local video producers, SF Films. The video is eagerly anticipated by Masicka’s growing fanbase and is sure to take both local and international video scenes by storm very soon,Masicka began his career as a promising local Dj with a lyrically insane flow of melodies and harmonies which can only be described as “Sick” or better then the average in terms of his delivery. His musical journey started by performing at local talent shows and competitions in his hometown of Independence City in Portmore, more popularly dubbed by Masicka as “Sin City”. There were many talented Dj’s in Sin City for Masicka to learn from and compete against and the place became a training ground for Masicka in which he was able to build his sick lyrical style. Masicka continued to develop his special talent while attending Calabar High School. He was dubbed “The Future” by classmates and teachers alike, after toppling all competition with his advanced word play. By the time Masicka left Calabar, he had gained the acknowledgement of all there that he would likely become the next young recording artist to take over the dancehall music scene. Interestingly enough, Calabar is a school well-known to be a producer of some other great talents, including one of the greatest lyricist and Dj’s of this generation and perhaps in Jamaica’s history, the artist known as Vybz Kartel. Masicka’s flow is rapidly becoming known by dancehall enthusiasts to be similarly incomparable to that of Vybz. Like Vybz Kartel, Masicka is blessed with a crazy, sick lyrical ability and rides upon dancehall’s most current riddims with a swagger that is unmatched by most others. Masicka is a vivid storyteller who is able to bring you with him to experience the life in Sin City on his records. Now only remains to be seen whether Masicka can establish himself as a perennial top-artist in dancehall, with the longevity only experienced among the true greats of the business.