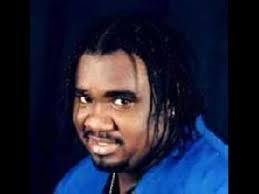 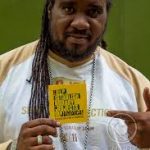 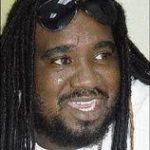 Kirk Davis has a passion, love and hunger for God so strong it is evident in every note he sings. With a voice that can only be described as a gift from God, Kirk draws his listening audience closer to the Lord as he fills their hearts and souls with the power and glory of the Holy Spirit. Kirk Davis is a soulful almost R&B styled crooner with a style that is one of a kind, lending itself quite easily to the crossover without leaving the Reggae arena. In an era when the ordinary is considered exceptional and the average deemed brilliant, one encounters great difficulty in summoning words to qualify the incredible vocal gifts of this remarkable artiste.
His current and debut reggae gospel album, ‘Don’t Deny Me’, released in May 2008, is beautifully lyrical and thoroughly inspiring. Kirk Davis draws inspiration for his lyrical content from life experience, current events and his faith in and love for Jesus Christ. On this album Kirk not only shows his vocal range and skills as a singer but blends his own DJing talents on the title track ‘Don’t Deny Me’.

Born and raised in Waterhouse, Little Kirk, now Kirk Davis, entered an area talent contest in 1981. He was adjudged the winner of his category and subsequently invited by Patrick Roberts to join his Shocking Vibes label. During his secular career Kirk released 7 albums (‘Youth and Youth’ – 1985, ‘Ghetto People Broke’ – 1986, ‘Can It Be Me’ – 1990, ‘Too Hot To Handle’ – 1991, ‘Ease The Pain’ – 1992, ‘I’m Ready’ – 1997, ‘One More Chance’ – 2007) and has numerous singles released on compilation albums over the years. He has done a number of covers, a definite credit to the originals, with his rendition of Michael Jackson’s ‘Man In The Mirror’ earning its place among classic musical remakes. Kirk has collaborated with some of the biggest names in Reggae music such as, Beenie Man, Buju Banton, Mega Banton, Sean Paul, Bling Dawg and many many more. He has logged a string of superlative performances with appearances in Japan, Europe, the United States, Canada, South America, Africa and the Caribbean Islands along side artistes such as Maxi Priest, Beenie Man, Stitchie, Papa San, Destiny’s Child, Dru Hill and Jermaine Dupri to name but a few.

Committing his life to the Lord, Kirk left the secular behind and has a new clearer direction to his life through his fellowship with Jesus Christ. He is reaching higher heights personally, spiritually and musically through his love for Christ and is using it along with his faith in the Gospel to reach out to everyone who is seeking the guidance of the Lord.

Having spent most of his youth in the ghettos of Jamaica, Kirk knows full well of the struggles and hardships faced every day by the people of these communities and how easily the youth can be drawn astray. It is these first hand experiences that have raised the desire in Kirk to use his exceptional gift as a ministering artiste to empower, enlighten and educate the youth of today to become everything they can be as the men and women of tomorrow.Kirk is asking you all to pray for him on his journey.