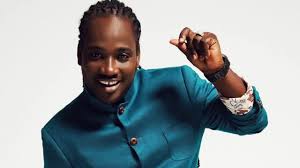 Byiome Muir (born 29 April 1984)  better known by his stage name I-Octane, is a reggae and dancehall recording artist from Clarendon Parish, Jamaica. He is known for integrating positive and socially conscious subject matter into his music, drawing inspiration from personal experiences and Rastafarian teachings 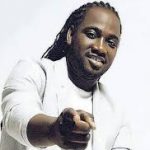 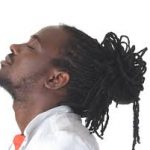 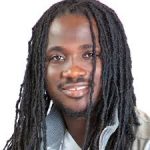 Byiome Muir grew up in Sandy Bay, a small community east of May Pen in Clarendon Parish, Jamaica. Muir attended Palmers Cross All-Age School and then Garvey Maceo High School, and would often sing and make noises during class. Muir briefly attended Knox Community College with a focus on architecture, but dropped out to pursue his recording career full-time.

Muir began his recording career at the age of 16, when he was introduced to Donovan Germain of Penthouse Records, then manager of such artists as Buju Banton and Assassin. Muir released his first singles, “Oh Jah” and “Stepp a Seed”, in 2000 at Penthouse Records under the moniker Richie Rich. After meeting Junior Arrows of the Arrows Recording Company, Muir signed onto the Kingston label under the new name I-Octane, a play on high-octane fuel and the Rastafarian use of I.I-Octane’s initial acclaim came in 2007 for his social commentary works such as the roots reggae track “Stab Vampire” which climbed to the top of several Jamaican charts. In 2009, I-Octane topped the charts again with his emotional songs “Mama You Alone” and “Lose A Friend”, and the latter of which was later adapted as a tribute to those who died during the police manhunt for Christopher “Dudus” Coke in Tivoli Gardens.When I-Octane left Arrows over financial disputes, the artist came under the guidance of Robert Livingston, a veteran producer who had been responsible for the success of such artists as Super Cat and Shaggy. I-Octane gained further traction in 2010 with a string of hits produced by Cashflow Records, including “No Love Inna Dem” and the cannabis anthem “Puff It,” which was named as one of NPR’s Top 5 Dancehall Tracks of 2011. He also topped the charts once again with the contemplative “My Life” produced by DJ Frass, and was featured in the April-May issue of the hip hop magazine Vibe. The same year, he also signed on as Brand Ambassador for the telecommunications firm Digicel, and as of 2013 he remains employed as a representative of the company. I-Octane has also been the Brand Ambassador for the Golden Eagle Brand in Jamaica since 2015.In 2011, I-Octane announced he would be starting his own record label, Conquer The Globe Productions, which would serve to produce instrumentals for him and promote him as an artist. He also said the label’s first release would be an extended play in December of that year to be followed by an album in early 2012. The six-song EP, “Straight From The Heart,” was released on 7 December as a primarily digital release, with distribution by TuneCore. The EP was marketed towards a global audience and three of its songs were recorded in the U.S., a first for the artist. The EP’s lead single “Burn Dem Bridge,” produced by Stephen “Di Genius” McGregor, topped several charts in Jamaica and received significant radio airplay, including on international stations such as New York’s Hot 97.

His second album, the DJ Frass-produced My Journey, was released in March 2014 on Tad’s International Records. He continued to work with DJ Frass on the 2015 EP New Chapter.