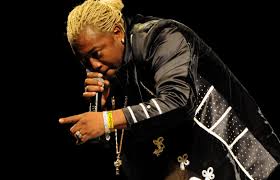 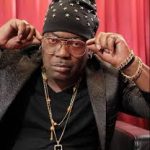 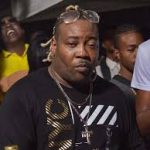 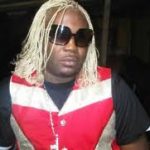 Jackson began his career in his teens performing on sound systems under the guise of Dirty Harry. He changed his name to Harry Toddler following the suggestion of a producer with whom he was voicing a dub plate. His DJ skills impressed Bounty Killer, whose hit ‘Scare Dem Crew’ inspired Killer to recruit Elephant Man, Boom Dandimite, Nitty Kutchie and Toddler to perform collectively. The crew enjoyed a series of hits as the Scare Dem Crew while concurrently pursuing solo careers. Toddler was credited as being the first member to enjoy a solo hit, although Elephant Man is widely acknowledged as being the most successful. Toddler’s initial hit, ‘Bad Man Nuh Dress Like Girl’, was a witty condemnation of the ‘lady boy’ trend in Kingston. The song signalled the demise of the original Scare Dem Crew, although the break up was amicable. Toddler maintained a high profile with a series of hits, notably ‘Bleach Out Face’, ‘Cut Dem Off’, ‘Hand Mi Di Fire’ and ‘Sweet Lady’, in addition to production and writing work. He also found time to tour Canada, the Caribbean and Europe. The DJ also performed in the movie Third World Cop. By 2001 the reggae media were speculating that Toddler had abandoned dancehall and turned to Christianity. The reports were inspired by the fact that he joined his mother in church to help him cope with his own personal tragedies. Having prevailed over family bereavements Toddler returned with a vengeance and released a series of hits including, ‘Waste Matter’, ‘Gun Angel’, ‘We Nuh Care’ and the poignant ‘Pretend Friend’. Although he was regarded as performing in the shadow of Elephant Man, Harry Toddler proved he was a serious contender to his old colleague when he set up his own label and embarked on sessions for his debut album.