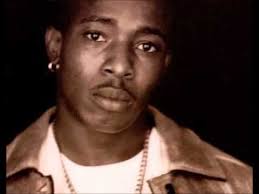 Steve Wray was born in Kingston’s West Kingston district and attended Kingston Secondary School. In 1989, Wray left high school . He has a completed vocational training as a mechanic . 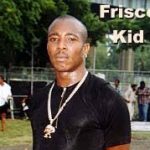 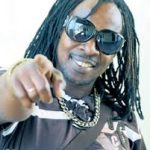 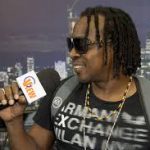 His first attempts as Deejay began in high school. After the first unsuccessful years Wray moved in the mid-1980s with his mother from Kingston to Portmore . Until then, he had worked with various local sound systems . There was no recording studio in Portmore; Studio recordings were only possible in the capital Kingston at that time, so Wray continued to sing with different sound systems from his surroundings.

Between 1986 and 1988 he met by the Deejay Froggy Dumpa musicians such as Brigadier Jerry, Michael Buckley or Carl Meeks, with whom he made his first recordings. After leaving school in 1989, he and his mother moved back to Tivoli Gardens, a suburb of West Kingston. Murder and violent crimes were commonplace in the slums, which also affected his song lyrics. In 1992, Wray decided to stop producing so-called gun lyrics. In the same year he got in touch with Mr. Wong, a promoter of young musicians known in Jamaica and organizer of the then very famous event Back Line, which took place every Wednesday evening in Exodus Nuclear in Kingston. There, Frisco Kid regularly got performances, which helped him to further acquaintances, including the promoter Vather Romey, who produced his first Dubplate with the name Paro Kid on the recommendation of Mr. Wong in the recording studio of the Killamanjaro sound system.

From 1992, he regularly visited the recording studios in Kingston and met well-known Deejays such as Baby Wayne, Captain Barkey, Wicker Man, Terro Fabulous and many more. Together they formed a kind of alliance of Deejays and produced Dubplates. Through these connections Wray got to know the musician Redman , who gave him a recording contract with Shocking Vibes. Wray recorded his first song as Frisco Kid titled Gal Can not Go Dance Again , which became known nationwide. The 1993 sung on the Pepper Seed Riddim song Big Speetch gained worldwide attention. In 1994, Spragga Benz took him on a tour. In 1995 he signed a contract with Shocking Vibes for his first tour of his own, performing in Japan, Europe, the United States and the Caribbean. After the tour, his first album called Finaly appeared on the labelMad House Production, which was distributed by VP Records worldwide. After the success of the album he toured alone and with well known artists like Wayne Wonder , Baby Cham , Mr Easy, Lady Saw , Tanya Stephens , General Degree, Sugar Minott and many more around the world.

In 2000, Frisco Kid added his name to “aka Ancient Monarchy,” which means “also known as the Ancient Kingdom,” claiming to be close to the Rastafarian faith , his musical influences, and his work [1] . Connections to the Yudgement Yard and the high priests of the Bobo Ashanti led him to record songs such as Lion Paw , Round Here , Mash up the Place or Fire Bun on the Military ; Songs that became well known in Europe. After many more concerts and worldwide tours he spends a lot of time with his family since 2006.