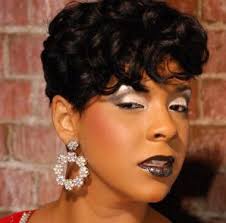 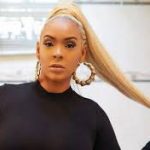 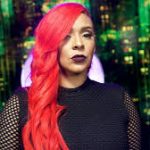 Born and raised a stone’s throw away from the home of the legendary Bob Marley, she is determined to follow in his footsteps as an ambassador for her homeland.

Her relationship with music dates back to St. Andrew High. She was a student who hungrily gobbled up the popu- lar music at that time. Listening to the racy rants of ‘Patra’, ‘LadySaw’, and the boastful lyrical bites of ‘Beenie Man’ among other leading acts. The sounds of Hip Hop, and R&B were equally close to her heart, through Rappers ‘Lil Kim’, ‘Jay-Z’ and ‘Foxy Brown’.

She developed songwriting skills as an adolescent, while studying in the U.S. Her love and passion for reggae music led to return to her island home to begin her musical quest of being a recording artiste.

She proceeded with the launch of her first release, “Turn him on” which she co-produced. The saucy track featured prolific songwriter and dancehall sensation, ‘Ce’Cile’. The accompanying music video swiftly garnered high rotation on local / Caribbean TV stations.

Danielle D.I. was now established as the hot newcomer on the dancehall reggae scene. Her charm, passion and drive soon landed her a track with ‘Gramps Morgan’ of the group ‘Morgan Heritage’ in addition to dancehall icon, ‘Beenie Man’. It was a great achievement to collaborate with Beenie on the upbeat song, “Brown girl in the ring”.

Her demand grew and soon Birchill records sought her, to produce “Downtown Man”. This release dismissed all qualms suggesting an amateur status. She officially moved up the ranks, performing on major festivals such as: ‘Reggae Sumfest’ and ‘Sunsplash’ as well as the greatest one reggae show on earth, ‘Sting’. Her next big hit came through DJ Karim with “Beat it”. This track established her as a force to be reckoned with. The infectious track brought Danielle D.I. great demand outside of her country with shows in Chicago, New York, Trinidad and London among other destinations.

Infamous dancehall superstar, Vybz Kartel fell for the monster hit, “Beat it”. He offered a remix and pursued to make it a reality. When Danielle D.I. heard the lyrics Kartel laid down, she was immensely impressed with his wit and genius. She later allied with Truck Back Records to acquire the incredibly successful and controversial recording, “Man weh mi nuh want”. A brazen dancehall track launching lyrics blows at female artiste D’Angel.

To achieve her goal Danielle D.I. has partnered with a robust team headed by Keona Williams alongside Sly & Robbie. In June 2013 she released her debut album, The Rebel with Taxi Records and One Pop Music. The album’s lead single features Cherine Anderson. The single has been recognized as a “ladies’ anthem”.

The Rebel has been racking up rave reviews for the single ‘Big Man’, which features Grammy winning veteran Shabba Ranks. Her latest release, “My Man” is steadily gaining popularity with it’s much talked about sexually appealing music video. The song was a favorite on the Sex Love and Reggae tour.

The management team of International reggae star, Gyptian invited Danielle D.I. to appear as an opening act for the successful tour. Today Danielle D.I. has her sights set on international stardom and is working steadfastly to make the reggae music fraternity proud.