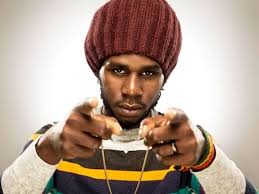 Jamar McNaughton (born 10 October 1992) popularly known as Chronixx, is a jamaican reggae artist. His stage name replaced the name “Little Chronicle” which he was given because of his father, the singer “Chronicle 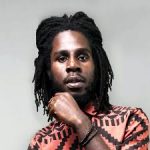 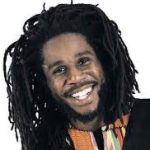 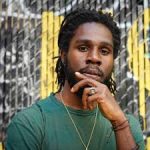 Chronixx and his music has been branded as a “Reggae Revival”, alongside other reggae musicians including Dre Island, Jah Bouks, Jah9,Protoje,Alborosie, Kelissa, Jesse Royal, Keznamdi and Kabaka Pyramid. His lyrical content revolves around themes of anti-war, romantic declarations and resiliency.McNaughton began songwriting at an early age and his father Jamar McNaughton Sr, known professionally as “Chronicle”, began to nurture his musical aspirations. McNaughton wrote his first song, “Rice Grain”, at the age of 5.During an interview with Okay Player Chronixx spoke on his early life:”My music come from early beginnings, from childhood days. I used to sing at school, in church, and then my whole family sings. My daddy, Chronicle, caused me to be very exposed to music from a very tender age. That’s where the music started for me. Professionally now, that’s when I was in high school. I started producing. Making riddims. But the music go from then until now. When I was 15, 16 I started producing and it was a great vibe for me.”He attended St Catherine High School in Spanish Town He started his recording career at the age of 11, recording a Gospel track with producer Danny Browne (which was not released), and went on to provide harmony vocals for artists such as Lutan Fyah  as well as beginning production work, creating rhythms used by artists such as Konshens and Munga Hornourabel for Mavrick Records. At the age of 14, he began producing and building riddims, including the Freezer riddim for Ice Box Records.In 2009 Chronixx’s brother died which led to him writing with Romaine ‘Teflon’ Arnett of Zincfence Records.