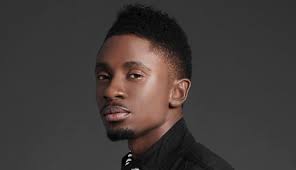 Christopher Oteng Martin (born 14 February 1987) is a Reggae or Dancehall singer/songwriter from St. Catherine, Jamaica. Chris won DigicelRising Stars in 2005 (the Jamaican version of “American Idol”) and is best known for the songs “Take My Wings”, “Giving It” and “I’ll Be Your Driver” 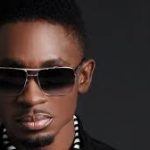 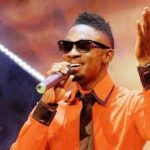 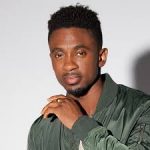 Born in Back Pasture, St. Catherine, 14 February 1987, to Cleveland and Maxine Martin, Christopher attended the Watermount All-Age School and later went on to graduate from St. Jago High School. During high school years he developed a love for the dramatic arts and sports. In 2003 Christopher graduated with various awards and accolades.

Martin’s parents have been the source of his motivation in pursuing his musical ambitions: “My parents and my peers at School really motivated me. They always said that I would be a star”, he confirms. Already a national household icon, Christopher’s main objective is to take his music to the optimum level. “I want every household across the world to know and love my music and where I come from.”

His releases include: “Nah Go Change”, “Take My Wings”, “Tonight”, “Giving It”, and the singles “Jamaican Girls” and “Gallis” featuring Busy Signal. He has worked with a number of top producers in the reggae and dancehall including Robert Livingston (Big Yard), Arif Cooper, Shane Brown (Jukeboxx) and Christopher Birch.

Martin has performed numerous stage shows across Jamaica and was notably invited to perform at One Night with Michael Bolton  and at the 2008 Air Jamaica Jazz Festival. 2008 was a productive year for Martin, being nominated for numerous awards including The Jamaica Observer Teenage Choice Awards and Excellence in Music and Entertainment. With several singles receiving airplay on radio and reaching the Jamaican music charts, Martin is optimistic about his career in music, “It has been a wonderful journey so far, filled with new and promising encounters. It is also challenging but I love what I am doing, so it makes it that much easier.”

In 2013, Christopher Martin signed to VP Records. In April 2016, he toured Zimbabwe and performed live on stage alongside D’Major and several Zimbabwean singers, including Winky D. This show took place at Glamis Arena in Harare and was a success.