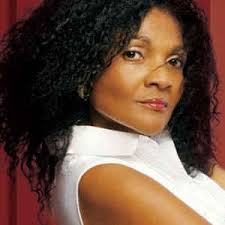 Carlene Davis (born c.1953) is a Jamaican gospel and reggae singer active since the 1970s. Successful since the early 1980s as a reggae artist, she survived cancer in the mid-1990s, after which she dedicated her career to gospel music. She has released over ten albums. 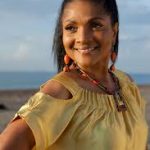 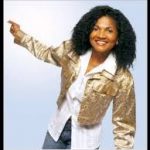 Davis was born in Colonels Ridge, Clarendon Parish and moved to England with her parents at the age of fourteen, where she began to perform professionally a year later, playing guitar in an all-girl band before joining the pop trio Toreadores. She then moved to Toronto, Ontario, Canada where she lived for eight years. Davis initially found fame as a reggae singer. She recorded her debut single in Toronto, a version of “Leaving on a Jet Plane”, and had a local hit with a version of Jimmy Cliff’s “The Harder They Come”.

In 1980 she returned to Jamaica to further her career, and performed at the Reggae Sunsplash festival in 1981. Also in 1981 she finished runner up in the Festival Song Contest with “Peace and Love”. She had hits in Jamaica with “Like Old Friends Do”, “It Must Be Love”, “Winnie Mandela”, “Stealing Love on the Side”, “Dial My Number” and “Going Down to Paradise”, and released a string of albums in the 1980s and first half of the 1990s, becoming one of Jamaica’s most established female reggae artists. In 1985 she recorded a duet with Gregory Isaacs — “Feeling Irie” — on his Private Beach Partyalbum. In 1990 she was named Best Female Vocalist at the Caribbean Music Awards. She toured as part of the Reggae Sunsplash World Peace Tour in 1991.

In 1996 she was diagnosed with breast cancer and her Christian faith became a more important part of her life. She returned to recording gospel music, which she had first recorded in the early 1990s. She released the album Vessel in 1998, and in 2000 her single “This Island Needs Jesus” was a major hit in several Caribbean countries. She became involved in cancer charity work, with half of the proceeds from her 2003 album Author and Finisher going to the Jamaica Cancer Society. Davis has continued to perform regularly, including appearances at the Redbones Blues Revue, Fun in the Son, and Live On The Waterfront.

In 2000, Davis was named Minister of music for The Family Church on the Rock in Kingston. In 2006 she gained a doctorate in pastoral counselling from the Trinity Theological Seminary in South Florida.

By the mid-2000s Davis had her own recording studio, Judah Recording, and the Glory Music productions record label, run with her husband Tommy Cowan.

In 2014 Davis released the album Dripping Blood, and announced that 25 percent of royalties would go to US-based charity Samaritan’s Purse to fund their work fighting Ebola in Liberia. The album reached number 3 on the Billboard Reggae Albums chart.