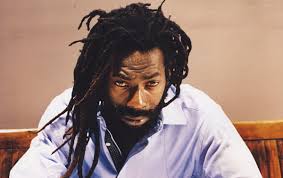 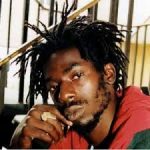 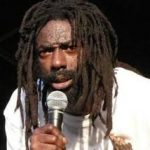 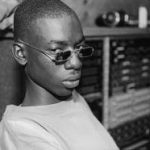 He has collaborated with a variety of international artists including Busta Rhymes, Fat Joe, Trey Songz, Rancid, and Bob Marley’s sons Stephen Marley and Damian Marley. Much of his music deals with spirituality and sociopolitical issues as well as love and life itself.

Banton released a number of dancehall singles as early as 1987 but came to prominence in 1992 with two albums, Stamina Daddy and Mr. Mention, which became the best-selling album in Jamaican history upon its release. He signed with major label Mercury Records and released Voice of Jamaica the following year. By the mid-1990s, Banton’s music became more influenced by his Rastafarifaith, as heard on the seminal albums Til Shiloh and Inna Heights. In 2009 he was arrested on drug-related charges in the United States and his first trial resulted in a hung jury. His 2010 album Before the Dawn won Best Reggae Album at the 53rd annual Grammy Awards. In February 2011 he was convicted on the same drug charge after a controversial second trial that was tainted by jury misconduct. He waived his right to an appeal and has since been incarcerated. He is scheduled to be released and return home to Jamaica on December 8, 2018.

Buju Banton was born in Kingston, Jamaica in a poor neighborhood known as Salt Lane. Buju is a nickname given to him by his mother as a child. Banton is a Jamaican word that refers to someone who is a respected storyteller, and it was adopted by Myrie in tribute to the deejay Burro Banton, whom Buju admired as a child.[2] Buju emulated Burro’s rough vocals and forceful delivery, developing his own distinctive style. Buju’s mother was a higgler, or street vendor, while his father worked as a labourer at a tile factory. He was the youngest of fifteen children born into a family that was directly descended from the Maroons of Jamaica.

Banton has homes in Jamaica and Tamarac, Florida (United States).[3][4] He also has 15 children.As a youngster, Buju would often watch his favorite artists perform at outdoor shows and local dancehalls in Denham Town. At the age of 12, he picked up the microphone for himself and began toasting under the moniker of Gargamel, working with the Sweet Love and Rambo Mango sound systems. In 1986, he was introduced to producer Robert Ffrench by fellow deejay Clement Irie, and his first single, “The Ruler” was released not long afterwards in 1987. This led to recording sessions with producers such as Patrick Roberts, Bunny Lee, Winston Riley, and Digital B.

Banton has been criticised for the lyrical content of his song “Boom Bye Bye”, which was written when he was 15 years old and released four years later, in 1992. The song has been interpreted as supporting the murder of gay men although others have argued that the song’s lyrics should be read as metaphorical, following in a long tradition of exaggerated rhetorical violence in Jamaican dancehall music. In 2009 gay-rights groups appealed to venues around the United States not to host Buju Banton.

In 2007 Banton was allegedly among a number of reggae artists who signed a pledge, called the Reggae Compassionate Act, created by the Stop Murder Music campaign, to refrain from performing homophobic songs or making homophobic statements, but he later denied that he had made any such commitment.