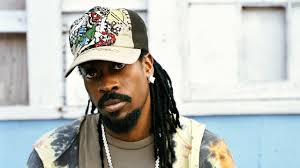 ANTHONY MOSES DAVIS (born 22 August 1973), better known by his stage name BEENIEMAN is a Jamaican reggae and dancehall singer. He is referred to as the world’s “King of Dancehall”. 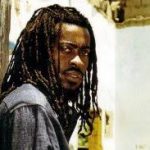 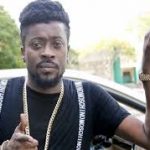 Davis was born in the Waterhouse district of Kingston in 1973. He was involved in the music industry from a young age, starting toasting at the age of five, and was encouraged by his uncle Sydney Knowles, who played drums for Jimmy Cliff He won the Tastee Talent contest in 1981, and Radio DJ Barry G introduced him to local sound system operators, who helped to establish the popularity of the young deejay, who became known as Beenie Man. He recorded his debut single, “Too Fancy”, with record producer Henry Junjo Lawes in 1981, with Lawes also including him on the 1983 album Junjo Presents Two Big Sounds alongside established stars such as Dillinger ,Fathead, and Ringo. His debut album, The Invincible Beenie Man: The Ten Year Old DJ Wonder was produced by  Bunny lee and released in 1983, his first hit single following the same year with the Winston Holness -produced “Over the Sea”. In 1984 Beenie Man recorded some material with Barrington levy  (released ten years later), but his music career was put on hold while he finished school, and spent time travelling to the United Kingdom, United States, and Canada.Beenie Man continued performing and honed his craft beside the then dominant dancehall figures including Ninjaman,Admiral Bailey and Shabba. He found his artistic home at the Shocking Vibes studio where he continued to record singles with only moderate success in the early 1990s. His career gained momentum after a performance at the Reggae Sumfest festival in 1992, and a rivalry with Bounty Killer began the following year after Beenie Man was accused of stealing Bounty Killer’s style and catch phrases. The rivalry was captured on the 1994 album Guns Out, with the two artists settling the feud with a soundclash. Beenie Man had his first number one single in Jamaica in 1993 with “Matie” (Produced by Ephraim Barrett, Donovan and Dave Mills on the Shelly Power Records label) and he won the DJ of the Year Award the same year, the first of eight consecutive awards.In 2000, Beenie Man released Art & Life, which featured Arturo Sandoval and Wyclef Jean  (The Fugess), for which received a Grammy Awards for Best Reggae Album. In the same year he co-produced (with Wyclef Jean) the debut album by actor Steven Segal Beenie Man, like many dancehall artists, is outspoken on a number of social issues, as exemplified by songs such as “Steve Biko” and “Murderer”.