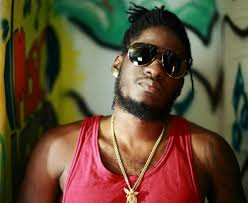 Aidonia (born Sheldon Lawrence, 6 April 1981) is a Jamaican musician and head of the musical partnership “J.O.P.”, which has a contract under The allianace dancehall). He became active in early 2004, and has released albums on the record Vp and Jag One Productions. 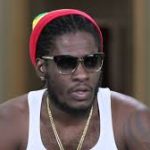 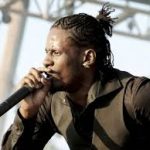 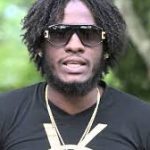 Born Sheldon Aitana Ricardo Lawrence in Kingston Jamaica, Aidonia is the second of four children for his mother who was a teacher, and his father an ex-soldier. He took his stage name from the first two letters in his middle name ‘Aitana’, and ‘Donia’, a name which he earned while playing football.

Aidonia attended Mona Heights Primary, then Meadowbrook High . After watching a tape of Sting 1993 with the clash between Beenie Man, and his icon Bounty Killer, Aidonia decided to become a deejay.

He began re-enacting the clash for classmates and friends, writing his own lyrics and formed the JAG1 (Jah A Guide)(JOP) crew with friends.

After being expelled, he relocated to the United States with his father, and worked at Fedex For the next three years, he visited Jamaica regularly, and did a few ‘minor’ things on the dancehall scene in New York. While in New York, he was encouraged by some to return to Jamaica in order to get his career going.

He met Mr. G (then known as Goofy) and recorded his first single ‘Many a Dem’ in October 2003 on Goofy’s Young Blood label. Soon after, he began working with Rod Pinnock of Orizen Entertainment, and in early 2004, he became a performer at a weekly event called “Battle Thursdays”.

In the latter part of 2004, Aidonia was approached by Cordell “Skatta”‘ Burrell who invited him to record at his studio. Two months later, Aidonia had his first hit, the song “Lolly” which was done on Skatta’s Irish Dance riddim. In October 2005 “Lolly” was included on VP Records’ annual Strictly The Best (Volume 33) compilation.

In 2011 Artiste Aidonia has recently started pushing forward his J.o.P members Deablo, Shokryme, Jayds, Tanso, Size 10. The group has had a few hit collabs such as “All 14”, and “Run Road.