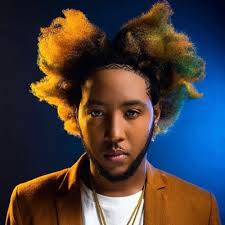 Kemar Vershawn Brown Born on January 1, 1991, upcoming recording artiste Vershon came from humble beginnings and hails from the volatile community of Cockburn Pen in Kingston, JamaicaOvercoming hardships as a youth and from a single parent home, Vershon knew from an early age that music was his way out. 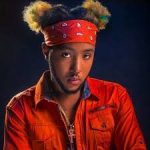 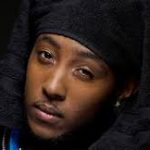 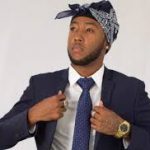 From as early as primary school he began writing songs and recorded his first song at the age of 9.

He attended the Seaward Primary School and the Greater Portmore High School, where he dropped out at Grade 10, but not one to give up, went on to further his studies at the Heart Trust NTA, where he gained a certificate in Electrical Engineering.

Following Heart Trust at the age of 18, Vershon, by then had his own recording studio and as a self-taught engineer began recording himself, much to the displeasure of his Christian mother who at times thought he made too much noise of a secular nature. As a source of income, the Singjay also sold the rhythms he would create, while still promoting his own projects at parties and Dancehall sessions in and around his community.

Without a father at home, Vershon used his love for music to fill a void he yearned for, for years and is now well on his way to greatness. More than just your typical Recording Artiste, the seemingly shy, Multi-talented rising star is now showcasing his talents through the musical mind of Famed Producer Christopher Birch of Birchill Music.

Vershon recently released two singles, one titled ‘Open Relationship’ and a song titled ‘Boom’ on Birch’s Tunova rhythm, both while continuing to work on a number of other projects. As a songwriter, Vershon writes all his music and draws inspiration from his personal experiences and those of others close to him. As an avid musician, Vershon also plays the keyboard and hopes to one day learn to play more instruments as he continues to perfect his craft.

Fully aware of and confident in his talent and with the drive and natural ability he possesses, the Singjay says he will continue to make the best of his opportunities and sees himself in the very near future as one of the most successful Recording artistes from the island of Jamaica.

Music is life, Music brings joy and happiness to my life, me without Music is like a dictionary without words.