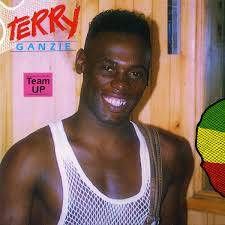 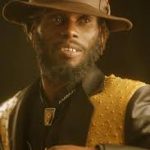 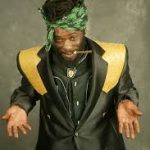 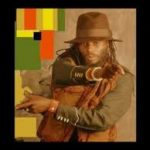 Terry ‘The Outlaw’ Ganzie is often considered as the DJ who, alongside Buju Banton, rejuvenated Donovan Germain’s profile in the dancehall. Following on from his crossover success with Audrey Hall and Freddie McGregor, Germain’s winning formula was sustained when he recruited Ganzie, Wayne Wonder and Banton in the early 90s. The crew often recorded in combination and when Banton signed with Mercury Records Ganzie and Rebel joined him on a superb interpretation of Little Roy’s ‘Tribal War’. Emerging from Banton’s shadow Ganzie proved he was more than just a sidekick with the release of a series of hit singles notably, ‘Showdown’ and ‘Heavy Like Lead’, the latter of which lent its title to his best album. The release was considered by many to be badly timed as Banton’s international recognition resulted in less attention being paid to Ganzie’s debut. Undeterred by the international indifference Ganzie maintained a high profile in Jamaica with the 1995 hits, ‘Outlaw From The Past’, ‘Who Is It’ and the chart-topping ‘Fly Away Home’. With the trend for crews in the mid-90s Ganzie, inspired by his earlier hit, recruited a group of young performers to join the Outlaw crew that included newcomers Ritchie Melody, Rapper Richie and Wayne Sample. The crew enjoyed a successful run in the dancehall while Ganzie continued releasing his solo work. In 1996, he released the favoured ‘Hey, Hello, Hi’, ‘Praise Jahoviah’, ‘Once Bitten’ and ‘Waan Go Home’. Ganzie continues to release dancehall hits, enjoying chart success in 2000 with ‘Wicked And Hot’, ‘Can’t Dictate’ and ‘Free’.