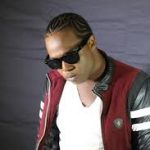 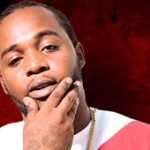 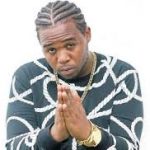 Timoy Janeyo Jones better known by his stage name Teejay hails from the Glendevon
area in Montego Bay, St. James, Jamaica. He was born on October 3rd, 1994 in a family
with three brothers and one sister. Teejay was inspired and motivated by his brothers
who formed a group called C&C – all three of his brothers are musicians. He was also
inspired by major international artists such as Percy Sledge, Maxi Priest, Dennis Brown,
Buju Banton, Celine Dion and Mariah Carey. Being fortunate to have a home based studio,
Teejay started recording at the tender age of 6, which gave him an opportunity to learn
from his brothers while falling in love with music and setting the stage for his musical
career.Teejay wrote his first song (“I know Jah”) at the age of 10 in 2005. The song was well
received in his community of Glendevon. He was very popular in his community and
regularly appeared on gospel shows, talent shows and also dancehall stage shows. People
always loved to hear Teejay sing because of his brilliant voice. At the age of 13 he attended
St James High School where he was one of the lead singer for the school choir. Teejay also
began recording for a recording label called Ten Floor Records with fellow artistes such as
Teacher Dee, Dan Tippa, Mr Ice, Fresh Evil, Esca and Stilla Blaze. He has also done voice for
European producers Addi Rock, JMC productions and many more. Teejay is a Studio Engineer,
writes his own music and does his own production.At 14 he wrote a song for all the schools in Jamaica called “Schoolaz Antem” – the song became
very popular and was heavily rotated on the Jamaica national radio airwaves, school shows
and street dances. Teejay dropped out of school at the age of 16 due to financial constraints,
so he decided to take his music career to a next level. In 2010 he hit the ground running with
a summer song that became a big hit in Montego Bay. This gave him an opportunity to secure
better management and he started gaining more exposure which led to him opening for major
upcoming artist such as Tommy Lee from the Gaza.In 2012, Teejay started releasing songs like ‘My Life’ which is a hugh song on youtube, ‘Summer
Time’, ‘Living My Life’, Move From Deh’, and many more. He has caloborated with other upcoming
artist in the Glendevon, Montego Bay area such as Melody Blacks and Rhyminister to write,
produce and engineer hit songs. In 2007 Teejay became a father of a baby boy, Jayden Jones.
Teejay says his son has been his greatest inspiration. Determined to show his son a better life,
Teejay is focused on making his name in the music industry. He is now signed to Starzplus
Management, where he continues to work as an artist and a producer.