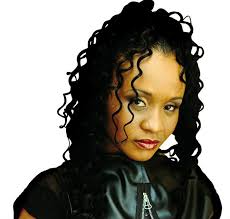 Tanya Stephens  (born 2 July 1973 in St. Mary, Jamaica, as Vivienne Tanya Stephenson) is an influential reggae artist who emerged in the late 1990s. 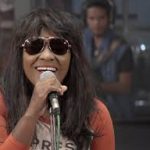 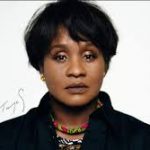 Stephens is most known for her hits “Yuh Nuh Ready Fi Dis Yet” — the single was later featured on the Reggae Gold 1997 compilation album — and “It’s a Pity”, for which Tanya achieved international recognition. She and business partner Andrew Henton have together co-founded Tarantula Records

Stephens was born in 1973 and grew up in St. Mary and St. Ann, attending Zion Hill and Ocho Rios primary schools and St Mary High. She has 3 brothers and 3 sisters (1 sister deceased).

She began recording in the mid-1990s for producers such as Dave Kelly and Philip “Fatis” Burrell. Her 1996 single “Yuh Nuh Ready Fi Dis Yet”, produced by Kelly, brought her to the attention of the Jamaican public, and she had further success with singles such as “Draw fi Mi Finger”, “Freaky Type”, and “Cry and Bawl”.Her debut, Big Things a Gwaan, was released in 1994 (featuring Yami Bolo on a cover version of Suzanne Vega’s “Tom’s Diner” and Prezident Brown on a remix of the title track), and second album Too Hype followed in 1997.

She moved to Sweden, where she signed a record deal with Warner Music Sweden and recorded the 2001 pop album Sintoxicated. After returning to Jamaica she released the critically acclaimed Gangsta Blues album in 2004.

Her album Rebelution was released in August 2006, and the first single “These Streets” was a number one hit in the Caribbean staying on Tempo’s Chart at number 1 for more than 4 weeks. The album was totally sold out in Jamaica and other parts of the Caribbean.The track “Come A Long Way” is a dedication to black leaders.

Infallible, was released in 2010, initially given free with the Jamaican base German magazine Riddim then made available for free download for more than a year.

In a talk in 2011 at the University of the West Indies, she urged her fellow artists to be more socially responsible, and spoke out against the objectification of women in dancehall lyrics and the promotion of bigotry and violation of human rights, saying “The music that once spoke to and spread messages of peace and love, now merely judges, condemns and provokes.”

Her song “Still Alive” deals with discrimination against people with HIV, and it was used in a television campaign dealing with the issue.