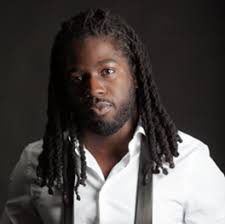 Di Genius (real name Stephen McGregor  born 6 January 1990) is a Grammy Award Winning music producer, singer, and songwriter from kingston, Jamaica. Di Genius comes from a musical family—his father is legendary veteran reggae artist Freddie Mcgregory and his siblings, Daniel “Chino” McGregor and Yeshemabeth “Shema” McGregor, are also singers. While Di Genius was primarily known for producing riddims out of his “Big Ship” recording studio, he has gone on to produce and write songs for international artists such as Sean Paul, Drake, Nelly Furtado,Lianne La Havas,Shakira, among others,Named him a “Reggae Veteran At The Age of 18” in 2008. 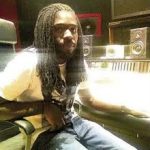 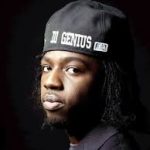 In 2017, Billboard listed Di Genius as one of the producers who brought dancehall back to mainstream, noting his work on Drake’s Hit song Controlla off the multi-platinum selling album Views.His work is also featured on multiple Grammy Awards nominated albums.

Stephen McGregor was born in 1990 as the son of reggae singer Freddie McGregor. The year before, his father had passed up a record deal from Arista Records, choosing instead to create his own record label, which he named Big Ship after his 1982 hit single from the album of the same name. When he renovated the family home in 1995, Freddie McGregor had a small but high-tech recording studio built to produce music for the label, and Stephen took a shine to the studio at an early age. His father recalls of the period: “If we saw the door was open, we’d know Stephen was in there. He was just so short you couldn’t see him over the mixing desk.” His father nurtured his interest in music by bringing him along on tour, and the young McGregor would often watch his father’s performances from the side of the stage.

Stephen McGregor wrote and recorded his first song at the age of five, a dancehall track titled “School Done Rule” which was featured on the complitation “Reggae For Kids.” However, the young McGregor soon gravitated more towards the production end of songwriting, and by the age of seven he had taught himself to play bass, guitar, keyboards, and violin by mimicking the songs he heard on the radio. McGregor began his production career at the age of twelve, contributing to local production studios such as Outlaw. His first hit riddim came in 2004, while still attending Ardenne High School. McGregor and his brother Chino approached dancehall artist Elephantman at his nearby Havendale home to ask him to deejay on the whimsical “Cartoon” riddim, and the artist accepted, the first of fifteen artists to vocalize on the track. In a radio interview, a local DJ gave McGregor the nickname “Di Genius,” owing to the fact that his musical talent came at such a young age.

What MTV described as Di Genius’s “defining moment” came in 2006, when up-and-coming artist Movado recorded the song “Weh Dem a Do” on his “Red Bull & Guinness” riddim. The riddim was co-produced with Delly Ranks the previous year, when Di Genius was fifteen years old. The single was a huge success in Jamaica and even made a mark internationally, placing on the Billboard Hot R&B/Hip Hip chart in the United States. The same year, he also released the successful “Power Cut” riddim and produced singles for several artists, including Bounty Killer, Da;ville, and Big Ship labelmates Laden and Chino. He also began a project with Mavado’s rival, the controversial deejay Vybz Kartel. The record The teacher’s book was released two years later to a primarily Japanese market and featured eighteen original tracks, all produced by Di Genius.