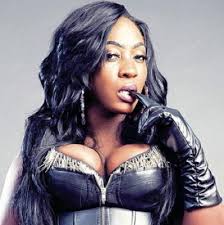 Grace Latoya Hamilton (born 6 August 1982) known professionally as Spice, is a Jamaican dancehall recording artist, singer and songwriter. Beginning her career in the early 2000’s, she had her first major success with the controversial single “Romping Shop” with Vybz Kartel in 2009. 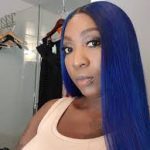 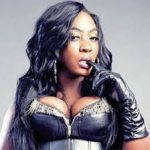 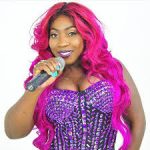 Her debut EP So Mi Like It, which included the hit single of the same name, was released in 2014 through VP Records. In 2018, Spice joined the cast of VH1’s reality television series Love & Hip Hop: Atlanta for the seventh season.

Grace Latoya Hamilton was born at the Spanish Town Hospital in St. Catherine, Jamaica and raised in Portmore.Her father died when she was nine years old.As a child, she used to attend her church regularly and lead the choir. She had spent part of her childhood living with her grandparents in Finsbury Park, London, where she also attended school before returning to Jamaica. While a student in St. Catherine High School, she frequently participated the Jamaica Cultural Development Commission (JCDC) festival in the music category and earned several medals throughout the years. Although she wanted to become a chartered accountant, she decided to pursue a music career.Following that, she enrolled at the Edna Manley College of the Visual and Performing Arts to study music and drama.She then began experimenting with dancehall music and soon after generated interest in her community with her deejaying abilities at local stage shows.

Spice made her debut when she was given the opportunity to perform at the annual dancehall festival Sting in 2000. It was her first major appearance on a stage show and she earned several encores from the crowd. At the time, she was managed by Mr. Lexx’s former manager Earlton Clarke for two years. During this early stage of her career, Spice went on to gain a reputation for her performing abilities, despite not having any hit record.

While on tour in England in 2002, Spice earned the attention of Baby Cham, who later introduced her to producer Dave Kelly. From there, she released a string of singles for Kelly’s record label Madhouse Records, including her first single for Madhouse entitled “Complain (Mi Gone)”, then followed by her singles on the Bad Gal riddim, “Right There” featuring Toi and “Hype”. At that time, she was featured on Jimmy Cliff’s “I Want I Do I Get” from his album Black Magic (2004) and on Beenie Man’s “Hot” from his album Concept of Life (2006). For her first hit single, Spice versioned the popular Eighty Five riddim to create “Fight Over Man”, which became popular in the dancehall.