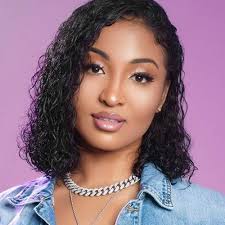 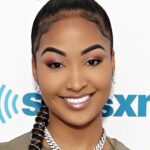 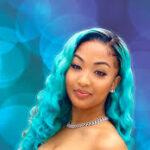 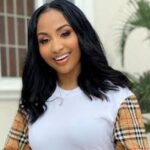 Chinsea Lee (born 1 October 1996), popularly known as Shenseea , is a Jamaican dancehall artist, born in the southwestern parish of St. Elizabeth in the county of Cornwall. However, some sources claim that she was born in Kingston. She is of Korean and Jamaican descent. Shenseea was a promo girl until she was signed by Lemuel Samuel’s Rockstar.

After remixing well known Vybz Kartel’s song “Loodi” and performing on a side stage at Reggae Sumfest in 2015, she took the main stage in 2017. As her notoriety grew, she toured internationally. Vybz Kartel and Shenseea then dropped a hot collab “Secret (Remix)” in October 2018. Alongside her singing career, she holds multiple corporate sponsorship deals with companies such as Telecom, Firm Flow, Boom and a Pepsi-Cola JA sponsorship.

In 2016, she won “Young Hot and Hype Artiste” at the Youth View Awards; Break Out Celebrity of 2016, and Collaboration of The Year for her song “Loodi” with Vybz Kartel which has been her most successful track to date. In addition to dancehall music she has shown skills in freestyling as a rapper. She teamed up with Sean Paul for the 2017 single “Rolling” and on the leg of his 2017 European tour.

Since her rise to fame, she has done numerous tours around the world with her team Romeich Entertainment. She continues to work with other musicians both Jamaican and American.

She was featured on Christina Aguilera’s 2018 album Liberation, on the song “Right Moves”. After signing with Interscope records in 2019 , she released a new hip-hop/dancehall track featuring American artist Tyga, called “Blessed” which has clocked in 37 million views on YouTube.

At the age of 19, Shenseea gave birth to her son, named Rajeiro Lee, before her music career took off.[11] In 2020, her son signed an endorsement deal for Babybop Kids Store at the age of four.[12] Her last name is Lee. Shenseea is of Jamaican and Korean descent. She has family in many different countries, including Suriname.

In 2020, Shenseea lost her mother suddenly. The news sent shockwaves through the dancehall community, with many artists showing their support, such as Jada Kingdom, Popcaan, and Spice (dancehall). Jada and Shenseea ended their feud due to this.