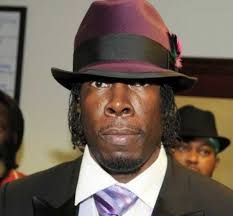 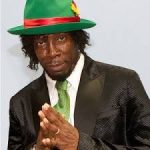 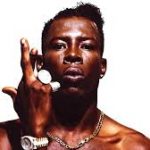 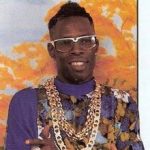 Ranks was born in Sturgetown, St. Ann, Jamaica. He gained his fame mainly by toasting (or rapping) rather than singing, like some of his dancehall contemporaries in Jamaica. He was a protégé of deejay Josey Wales. His international career started in the late 1980s, along with a number of fellow Jamaicans including reggae singers Cocoa Tea and Crystal. Ranks also worked with Chuck Berry and American rappers KRS-One and Chubb Rock.

He secured a recording contract with Epic Records in 1991.

The stylistic origins of the genre reggaeton may be traced back to the 1990 song “Dem bow”, from Ranks’ album Just Reality. Produced by Bobby “Digital” Dixon, the Dem Bow riddim became so popular in Puerto Rican freestyle sessions that early Puerto Rican reggaeton was simply known as “Dembow”. The Dem Bow riddim is an integral and inseparable part of reggaeton, so much so that it has become its defining characteristic.

His biggest hit single outside of Jamaica was the reggae fusion smash “Mr. Loverman”. Other tracks include “Respect”, “Pirates Anthem”, “Trailer Load A Girls”, “Wicked inna Bed”, “Caan Dun”, and “Ting A Ling”.

In 1993, Ranks scored another hit in the Addams Family Values soundtrack to which he contributed a rap/reggae version of the Sly and the Family Stone hit “Family Affair”. His third album for Epic, A Mi Shabba, was released in 1995, however it fared less well. He was eventually dropped by the label in 1996. However, he won two Grammy Awards for previous work, and Epic went on to release a ‘Greatest Hits’ album, entitled Shabba Ranks and Friends in 1999.

Ranks lives in New York City. Ranks made a partial comeback in 2007 when he appeared on a song called “Clear The Air” by Busta Rhymes, which also featured Akon. Shabba released a single on Big Ship’s Pepper Riddim called “None A Dem”, in April 2011. In 2012, Shabba was featured on Tech N9ne’s EP E.B.A.H. on the track “Boy Toy”. In 2013, Shabba was also mentioned in A$AP Ferg’s song “Shabba,” and has a cameo near the end of the music video. He was featured in the remix alongside Migos and Busta Rhymes on 23 November 2013.In August 2013, he was reportedly working on a new album.

In 1992, during an appearance on Channel 4 music show The Word, he was asked to give his thoughts on the subject of the hit song ‘Boom Bye Bye’ sung by Buju Banton. Shabba held a copy of a Bible which he carried with him and stated that the ‘word of God’ advocated the death of homosexuals, and was subsequently condemned for his comments by presenter Mark Lamarr, who said “That’s absolute crap and you know it”.