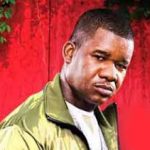 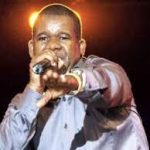 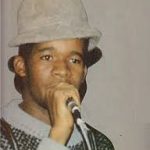 Born in 1967 in Spanish Town, he was raised by his Rastafarian grandmother and began performing with sound systems (including Black Scorpio and Creation) in the late 1970s.He won the Tastee Talent contest in 1981. He went on to become one of the major dancehall artists of the late 1980s and 1990s, with hits such as “Maddy Maddy Cry”.

His brother and fellow deejay Dirtsman was murdered in 1993 in the three years that followed his sister was killed in a motorcycle accident, his cousin was killed by police, and he himself had legal problems after being arrested on weapons charges. He turned to Christianity in 1997. This is also reflected in his style, as he started off as a true dancehall deejay, later adopting traits of Gospel and Christian music.

Papa San sponsors a concert known as Papa San and Friends, to raise funds for orphanages in rural Jamaica. Since becoming a Christian he has continued to produce his roots reggae sound, but with the message of Christ to the beat instead of his previously popular secular music.

He has six children and lives in Weston, Florida with five of them and his wife, Debbie Thompson. In 2011, Papa San and his wife, having been ordained ministers of the Gospel, were launched into pastoral ministry and started Our Fathers Kingdom International Ministries.

In 2013, Papa San featured on Church Clothes, Vol 2 by Christian Hip Hop artist Lecrae, with Andy Mineo, on the song “The Fever”. His album One Blood topped the Billboard Reggae Albums Chart in February 2014.