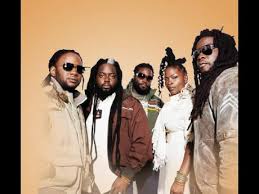 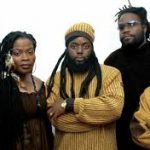 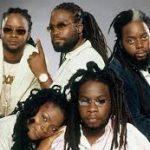 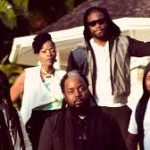 Morgan Heritage, formed in 1994, made their first appearance at Reggae Sunsplash in Jamaica. They were subsequently signed by MCA and released their debut album Miracles the same year. They have since criticized the Miracles album as being overly pop-influenced.

After the release of Miracles, the family moved to Denroy’s homeland of Jamaica. In this period, three family members left the group. Once in Jamaica, Morgan Heritage began working with famed reggae producers Bobby Dixon and Lloyd James, resulting in the release of their critically acclaimed second album Protect Us Jah (1997), followed by One Calling (1998), and the spiritually-inclined Don’t Haffi Dread (1999). They have released three compilation albums by “The Morgan Heritage Family and Friends”, and a live album, Live in Europe!, recorded on their 2000 tour. Following the release of their 2001 album More Teachings… Morgan Heritage toured Europe again, and they have returned several times since.

Their sixth studio album, Three in One, came out in 2003. They have released two successful DVDs, “Live In London” and “Live Over Europe 2003”, and their seventh studio album Full Circle was released in 2005. Their latest album, Mission In Progress, was released on 15 April 2008. It includes the singles “Faithful” and “Raid Rootz Dance”.

After several years working on solo projects, they released the single “The Return” in 2012, and indicated that a new album would be recorded after their 2012 European tour. The album, Here Come the Kings was released by VP Records in June 2013, followed by a tour of Europe.

The Royal Family of Reggae, has taken the impressively significant step forward by releasing their upcoming album, “Strictly Roots” in 2015 on CTBC Records.

They have worked with many of the top reggae bands and DJs of today including Capleton, Junior Kelly, Luciano, Gentlemanand Beres Hammond.

The group’s 2015 album Strictly Roots won the Grammy Award in the Best Reggae Album category in 2016.