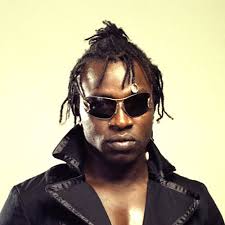 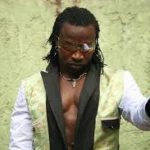 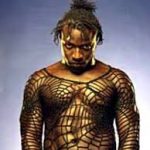 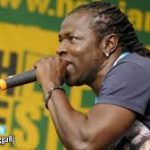 Having been one of the major forces within the most successful and powerful camp ever in the history of dancehall reggae, one could say, Jamaican Top Ranked Dancehall Reggae dee-jay Mad Cobra has, been there and done it all, in terms of his many achievements. However, this humble but serious no nonsense artist and entertainer continues to satisfy fans of the music worldwide through his creative hard work and tireless dedication. Though not being one to run and record on every rhythm, Mad Cobra has maintained a very strong presence in the dancehall business by recording consistently good songs that always catches the public’s ear.

Mad Cobra is constantly on the road performing as there is a strong demand for his talent overseas. His performances demonstrate experience as well as genius on stage. Over the past year he has taken the music to places like Zurich Switzerland where dancehall is only now just warming up. His concert there in November last year was one that did not disappoint the many fans who turned out to witness a show stopping performance. He is also a very big favourite throughout the Caribbean, the USA, Canada, England and the UK, Europe, South and Central America and Japan. His performance in Costa Rica last year in front of an estimated 30,000 people is being hailed as one of the best performances by a reggae artist in that country.

Cobra has definitely not been an artist who uses controversy to stay in the limelight; as a matter of fact, he is one of the most respected Jamaican Dee-Jays worldwide. On the contrary he is also one of the most feared when it comes to dancehall clashes. His creative on the spot freestyle lyrics have put many Dee-Jays and sound systems to rest. As a result of this, there is a very high demand for his dubplates where ever he goes.

Unknown to many people, he is what you could call a dancehall Dee-jay workaholic as he spends many hours on the computer constructing his very creative and sometimes very harsh realistic lyrics. While being known by many as a hardcore gangsta Dee-Jay, Cobra is also well loved by the women because of his many girl tunes including recent songs like Stress Free and Gangsta Flexx and Tek Him, in the past just to name a few.

Mad Cobra recently shot his first video in many years with the song called GANGSTA FLEXX. This video has been getting rave reviews from the fans all round. In remaining true to his word in terms of taking it to the public this year, his latest video entitled DON’T CRY was shot only a week ago. This video I’m sure will be raising many eyebrows once the viewers see it.

His last album entitled SNYPA WAY was released last year and has got very good reviews to date. Cobra’s latest project is called HELTA SKELTA and will be out very soon. This album already has popular singles from it like A A and GANGSTA FLEXX being played in the dancehalls and clubs. Having listened to several tracks from the HELTA SKELTA album the critics have agreed that this is going to be one of Mad Cobra’s best albums to date.

For the fans who don’t know, Helta Skelta is the name of Mad Cobra’s alter ego.

Having been in the business close to 20 years now, Mad Cobra has been smart enough not to be complacent, hence music to him, in his words, “is a constant work in progress.” This attidude has been responsible for him having the street credit from the fans as well as the respect from his fellow entertainers. Cobra has benefitted from the advice and experience of two of the smartest and most savy and clever men in the music and entertainment business, in the personalities of Clifton “Specialist” Dillion and Paul “Bankey” Giscombe.

One might ask, “What is next for Mad Cobra?” It has been said that he might be going into the producing side of the business. Having heard his latest song entitled CLEAN UP YU HEART, it is clear that the standard of his music will remain at the highest level.