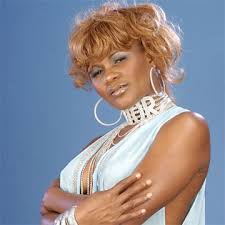 Marion Hall  born 12 July 1972; formerly known by the stage name Lady Saw  is a Jamaican singer song writer whose career has spanned over two decades. Widely known as the Queen of the Dancehall, she is the first female deejay to win a Grammy Award and to be certified as a triple- platinum artist. 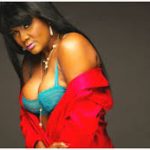 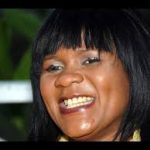 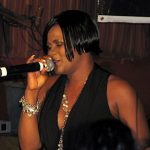 Hall was born in Galina, Saint Mary Jamaica in 1972. As a child, she attended Galina Primary School. During her teen years, she had a sewing job at The Free Zone in Kingston Jamaica. At the age of fifteen, she began performing with local sound system. She went on to work with the Stereo One system in Kingston.In 1987, Hall took the name “Lady Saw” after the famous Jamaican singer Tenor Saw, who inspired her music. Her performances brought her to the attention of record producers and she recorded her first single for producer Piper, and “Love Me or Lef Me”, produced by Olive Shaw received significant airplay. She had her first hit with “If Him Lef” and she topped the Jamaican charts with “Find a Good Man”. After her music success on Jamaican radio, she began recording her first studio album. In August 1994, Saw released her first album entitled ”lover girl”. The album spawned the hit “Stab Up De Meat”.

In 1996, Saw released her second album ”Give me the reasion”. The album became known for its explicit sexual lyrics which was showcased on songs “Life Without Dick” and “Name Nuh Stand Fi Sex”. The album spawned the singles: “Give Me a Reason”, “Good Wuk”, and “Condom”.

In 1999 she had a major hit in the United States with “Smile”, recorded with Vitamina C, which peaked at number 18 on the Billboard Hot 100, also a major hit in New Zealand and Canada, and certified gold with over 500,000 sales. In 2002, her collaboration with No Doudt, “Underneth it all “, which reached number three in the US and sold more than three million copies, reaching triple platinum certification. The track won grammy award for ‘Best Performance by a Duo or Group’.

In March 2007, Saw released the single “No Less Than a Woman (Infertility)”. The song addressed the many problems that women have involving infertility . In April 2007, Saw released her sixth album walk out, which peaked at number 8 on the Top Reggae Albums chart. Saw released two more singles: “Chat to Mi Back” and “Me and My Crew (The Rae)”. Later that year, she performed on the main stage at Jamaica’s annual Reggae Sumfest.