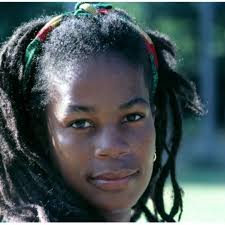 Judith Veronica Mowatt OD (born 1952) is a Jamaican reggae artist. As well as being a solo artist as from 1974 she was also a member of the I Three 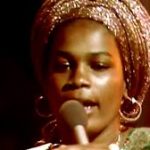 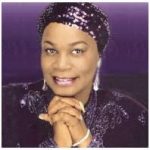 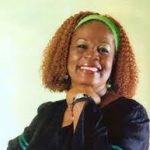 (wrongly spelled “I Threes”), trio of backing vocalists for Bob Marley & The Wailers after Peter Tosh and Bunny Wailer left.Mowatt was born in Gordon Town, St. Andrew Parish, Jamaica. At the age of 13, she became a member of a dance troupe which toured Jamaica and other islands in the Caribbean. Her initial ambition was to become a registered nurse. Her earliest musical influences were Aretha Franklin, Otis Redding, Curtis Mayfield, Dionne Warwick, Bob Marley, Marcia Griffiths, The Staple Singers and The Soulettes. A coincidental meeting with two teenage girls who were earlier in her dance troupe led to the formation of the Gaylettes, in 1967.

Mowatt was associated with Bunny Livingston/Wailer in the early 1970s, and wrote some of the tracks he recorded. At that time, for legal reasons, she used the names Juliann and Jean Watt. On The Wailers album Burnin’ (1973), two songs written by their singer Bunny Wailer were credited to Judy Mowatt under the pseudonym Jean Watt: “Hallelujah Time” and “Pass It On”. Furthermore, the B Side of Concrete Jungle, “Reincarnated Soul”, also credited to Jean Watt and sung by Bunny Wailer. This song – with the name changed to “Reincarnated Souls” – was included two years later on Bunny Wailer’s first solo album Blackheart Man (1976).

In 1974, she got her big break by joining Bob Marley’s backing vocal trio the “I Threes”.

Her Black Woman album (Ashandan, 1979) came out the same year as I Three member Marcia Griffiths’s album At Studio One. It is considered by many critics to be the greatest reggae album by a female artist. It was also the first reggae album recorded by a woman acting as her own producer.

She became the first female singer nominated for a Grammy Award in the category of reggae music when her Working Wonders album was nominated in 1985.[citation needed]

Formerly a member of the Rastafari movement, in the late 1990s she converted to Christianity and now sings Gospel music.

In 1999 the Jamaican government made her an Officer of the Order of Distinction for “services to music”.