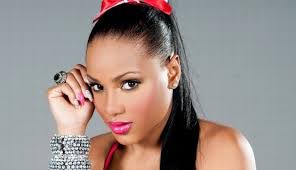 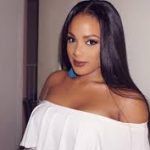 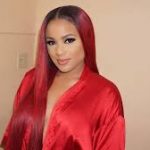 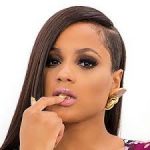 Ishawna is simply a cut above the rest. The young singer grew up between Seaview Gardens in Kingston and Brooklyn, New York honing her unique ability to move effortlessly between gorgeous RnB and gully Dancehall. The daughter of rub-a-dub crooner Don Angelo, Ishawna penned her first song at six years old and laid down her first recording at eight. Nearly two decades later she’s still writing her own powerful music.

On her return to Kingston from New York in 2005 Ishawna met producer and soundsystem operator Foota Hype. Under his tutelage she found herself performing across Jamaica. After performing in Kingston’s legendary Asylum nightclub in 2006, Bounty Killer immediately demanded that Ishawna become the first lady of his Alliance crew. In 2008 she broke out as a name to watch with her Demarco collaboration “For You.” Two hit tracks with Elephant Man followed and she quickly became an underground sensation. She’s been putting in heavy work ever since.

2011 finds Ishawna building on her hardcore street fan base and moving into the mainstream. “I can do everything, I’m a musical Chameleon,” Ishawna boldly proclaims. With support from Hot 97, work with Foota Hype, Jam 2 Records, Baby G and Don Corleon, and a new sponsorship deal with Lime, the Caribbean’s leading telecommunications company, it’s impossible not to agree. Tracks like her breakout hit “Legendary” are getting rinsed on pirate Caribbean radio from London to New York and getting pulled up at Kingston’s hypest sessions. It’s obvious the Billboard charts can’t be far away.

Not content with being one of the hottest voices in Jamaica Ishawna is looking outward for her next moves. She says “”I’m just a regular ordinary ghetto girl, I can be in the grimiest place and I’m ok, and i can be in the most prestigious place, and I’m ok.” Building her fanbase through a relentless performance schedule has kept audiences constantly demanding more. New tracks with Wyclef Jean and Busy Signal are bound to satisfy her loyal supporters while building an ever expanding name for herself. Her unique combination of raw talent, hardwork and a powerful supporting network guarantees longevity in rapidly fluctuating entertainment industry. Ishawna’s sights are set on global take-over in 2011, but she still remembers how far she has come. Her radical ascendancy is just the beginning of what is sure to be a powerful story of self-fulfillment. Unafraid of what the future holds and ready to spread her wings even farther, Ishawna is truly a testament of her own mantra that, “It is all about what is in your own mind.”