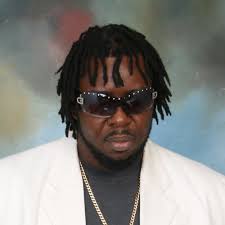 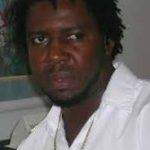 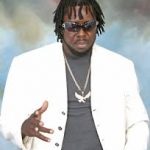 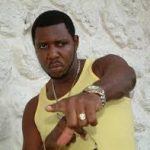 Hawkeye is one of dancehall’s most prolific artists. He boasts innate music skill, witty lyrics, charisma and style. The Dj, born Christopher Smith, possess the qualities of a star. His multiple dancehall smashes, numerous underground hits and loyal fan base have earned him a permanent place in dancehall music’s ever – growing fraternity. Fans can hear a Hawkeye tune and immediately know it’s him. His signature hypnotic growl and catchy phrases make his voice recognizable. Yet, each of his songs bears a unique identity. Hawkeye’s career is moving at the speed of light. And 2003 is quickly becoming hailed as Hawkeye’s most prosperous year. Currently, Hawkeye appears alongside Phife of the legendary Hip Hop act A tribe Called quest on the smash single “Diggy Dialect.” The collaboration is being billed as one of Hip Hop/Reggae finest products in 2003. “I like keeping my fans surprised,” indicates Hawkeye. “I want to put out music that is diverse without definitive boundaries.” “I think this collaboration says it all.” As the single’s popularity soars among Hip Hop and Reggae fans, a promotional tour is ongoing and a music video is forthcoming.

Additionally. This unstoppable DJ is performing throughout the United States and the Caribbean, ripping up the stage each and every time. He has recently graced the stage in Boston, New York, Washington D.C., and Trinidad and Tobago. Through hard work, persistence and the grace of God, Hawkeye is also establishing a respectable media presence. Hawkeye was recently on radio stations in major markets in the United States including New York’s Hot 97 (97.1 WQHT), WLIB (1190) and Metro Washington’s WMUC (88.1). These interviews signify a major milestone for Hawkeye. During every interview, Hawkeye provides listeners with a candid look at his experiences, news on his career/upcoming ventures and of course, the wickedest freestyle. Earlier this year, Hawkeye celebrated the release of his debut album Bubble and Wine on the Twingy Twanga imprint. Respectively, the single “Bubble and Wine” catapulted to success in 2002, as it had the infamous Diwali riddim as a backdrop. The album features Hawkeye at his best, as he shines on such tunes as “Twingy Twanga,” “La La La,” “All My Ladies,” the energetic anthem “Kingston, Jamaica” and many others. “I am still excited about Bubble and Wine,” claims Hawkeye. “The effort was a long time in the making.”

Hawkeye is by far a newcomer to dancehall music, as he first entered the scene over 15 years ago. This former chef turned dancehall artist has been serving up delectable music for quite some time. While under the guise of Byron Murray and the “In the Streetz” label during 2000-2002, Hawkeye’s popularity increased. He scored with many Caribbean and United Kingdom dancehall chart toppers including “Yu Nuh Beg,” “Money Making Guy,” “Reality Thing,” “Go Rachel” and “just Like We.” “This was a really important period in my career,” reflects Hawkeye. But it was the 1997 effort “Arrest Mi Officer” on Danny Browne’s Main Street label that made Hawkeye a household name throughout the Caribbean, United Kingdom, and various markets in the United States. “Arrest Mi Officer” was top choice on the dancehall circuit in New York, Pennsylvania, Connecticut, Massachusetts, Washington D.C. and Florida. During this time, Hawkeye unleashed such memorable tunes as “Beg Fi Him,” “Ooh Aah Aah,” “Man A Bad Man” and more. Hawkeye ventured into the studio in 1988 to record his first song “Patios.” The single, produced by John Mills, yielded a great response in Jamaica. This initial experience gave Hawkeye the encouragement to continue making music, enabling him to become one of Jamaica and Reggae music finest.

Since November of 2002 the Dj has been under new management, which is Nadine Burton of Twingy Twanga Production, they also do booking for artistes such as Alozade, Zumjay and Lukie D. He has tried his hands at producing, his first effort being the Katash riddim featuring Sizzla, Determine, Beenie Man, Alozade, Zumjay, Danny English, Lady G, General Degree and of course the man himself Hawkeye. In parting Hawkeye words are “ There is no one out there who can fight you down as long as you believe in yourself and most importantly believe in the Almighty God.” Being successful at the things he has done and his career has skyrocketed, there are infinite possibilities. Be on the look out the Dj will be in a city near you.