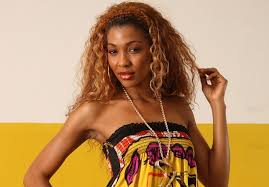 Michelle Downer  commonly known as D’Angel, is a jamaican reggae singer actress, model, and brand ambassador.She has also given motivational speeches. In 2017 she released No Worries with Spice The Gleaner calls her the First Lady of Dancehall. 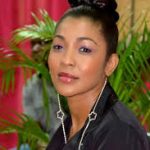 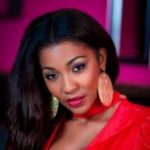 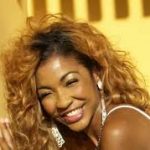 Born in Spanish town Jamaica Downer sang in high school, modeled internationally in the 1990s, and returned home to Jamaica in 2002. D’Angel has an associate’s degree in Accounting and Management.She considers 2004 and 2005 to be her “breakout years,” according to The Gleaner

D’Angel had a celebrity marriage to singer, Beenieman, in 2006 and they recorded the single One Man together.D’Angel and Beenie Man had a son together and split up in 2010, later reunited in 2011. They later divorced.

In 2013, D’Angel was banned for 5 years from performing at Sting by Isaiah Laing of Supreme Promotions. The reason for the ban was due to her impromptu performance of a “lyrical battle” with Ninjaman at Sting 30 that Laing considered “raunchy.”She was also criticized for her choice of clothing at the event by Billboard, which described her outfit as “provocative” and “revealing.”

In 2017, she went on tour in the United States with the theme of “We Can Survive” and addressing violence and crime through her song of the same name.

Her song Stronger reached the top of Jamaica’s music video charts. In 2017 she recorded the song “Whipped”, a response to Dexta Daps’ song Owner.