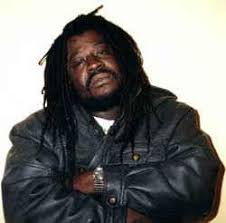 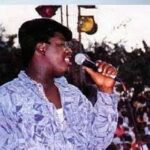 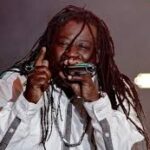 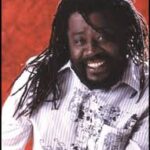 Dancehall singer Courtney Melody began singing while still in high school in St. Andrew, Jamaica. He woodshedded at Black Spider Records before hooking up with Stereo One Sound System, where he worked with Ricky Stereo, Boy Blue, Daddy Freddy, and had his first record, “Screechie Across the Border,” released. It was played by reggae DJs worldwide and covered in the U.S. by Little Kirk. A stint with Technique Records produced the local hits “How Long Will Your Love Last,” “Key to Your Heart,” and “Exploiter.” Melody had one international charter, “Bad Boy,” in 1986, which started a run of dancehall hits (including “Turn Them Back”) and furthered Melody’s reputation as an influential figure in the dancehall scene. It’s said his style and sound shaped the next generation of dancehall artists. Like many Jamaican artists, Melody recorded for virtually every producer and recording company on the island. He did “Ninja Mi Ninja” and “Tell Dem” for King Tubby; “Modern Girl” for Robert French; “Put It Down” for Harry J; “Downpressor” for Prince Jazzbo; “Rootsman” for Redman; and King Jammy benefited from “Can’t Get We Out” and “Wake Up Little Susie.” Melody’s Modern Girl (1989) is heralded as one of the best dancehall albums ever recorded in Jamaica. A daring individual and renowned rough-house, Melody’s career paused after he suffered injuries from a motorcycle accident. Fans were fleeting, and by the time Melody has fully recovered, his followers had aligned their loyalties with newer dancehall masters. With the exception of the single “In the Street,” Melody was missing in action during the ’90s, although his waning career was rejuvenated when Mighty Crown, a Japanese recording company, reissued “Ninja Mi Ninja” in 1999.