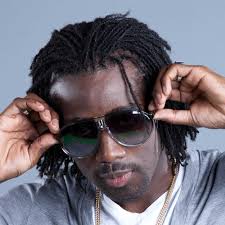 Chino, born Daniel McGregor on the 12th of February 1983, is a young artiste that is going to blow your mind and as a son of Jamaican music legend Freddie McGregor you know that he has music running through his veins. 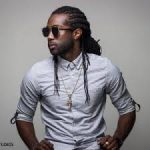 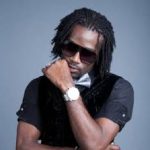 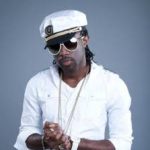 Chino, born Daniel McGregor on the 12th of February 1983, is a young artiste that is going to blow your mind and as a son of Jamaican music legend Freddie McGregor you know that he has music running through his veins. A great talent in his own right, Chino has already had a lot of experience. He sang from the age of nine in the Vaz Preparatory School’s choir and ever since it was his dream to have a career in music. He has performed on countless occasions since being a child and to this date one of his most memorable performance was at the age of twelve at Jamaica House in front of Prime Minister PJ Patterson.

While a student at Wolmer’s High School, multi-talented Chino also gained experience as a selector for the sound system Omega Disco. Chino even today does not want to be categorized but rather sees himself as a musical artiste since he plays instruments such as guitar, drums, piano and bass. Furthermore he can sing, rap and dj, he writes,co-writes and produces tracks for artistes such as Daville, TOK,Wayne Marshall, Elephant Man, Kiprich,Delly ranx and of course his father, Freddie McGregor. Having had the opportunity to learn all about music from the cradle due to the fact that Big Ship studio is his “home”, Chino undoubtedly will be one of the biggest artiste in Jamaica. Since being a child he had the chance of observing and learning from the best, legends such as the late Dennis Brown, Marcia Griffith, Judy Mowatt and Gregory Isaac as well as dancehall icons such as Bounty Killa and Beenie Man to name a few.

These interactions resulted in an in depth knowledge of recording and production techniques. He started his career as a rapper when he was asked by fellow artiste “Bryan” (brother of Papa San) to contribute a rap verse to the song “Joy”. Important songs that furthered his career were two collaboration with Kiprich, “Leggo Di Bwoy” and “Gimmi Di Gyal”, with the former being the number one on the Jamaican charts, which resulted in heavy video rotation and airplay locally as well as internationally. After graduating from High School, Chino gained experience in the USA where he worked with Slip N Slide Records, home to US artistes such as Trina and Trick Daddy. Since coming back to his roots in Jamaica, Chino has perfomed in and toured major cities such as New York, Miami,Alabama,Mississipi, London,Europe,Africa,Japan,Bermuda,U.S VirginIslands as well as in the Caribbean islands . A major mile stone in his career was a collaboration with his father “There’s a Reward For Me”on the Grammy-nominated album “Anything for you”.

His career has evolved even further since then and there are numerous tunes that have been making waves in the industry lately, such as ” Girls Dem Straight” a favourite especially amongst the females with both song and video receiving heavy rotation (produced by Kurt Riley for the Worthington project), Buss It Pon Dem” (on the Cartoon Riddim), ” Inna di Club”(on the 12 gauge riddim-H20 productions),The Smash hit “Redbull And Guiness” and “Ghetto Whisky” both Feat.Delly Ranx.,”Formula” “Do So Fah” on the breaking news riddim,and Gyal Ting(On roach’s Mad Ting riddim)just to name a few. Chino, who has just completed working on his debut album titled “Unstoppable” will definitely keep the “Big Ship” sailing and will steer it successfully into the future. Daniel McGregor aka Chino is a true musicial artist on the verge of great success…Surely “UNSTOPPABLE”