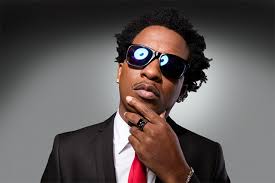 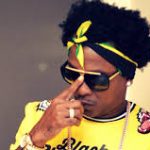 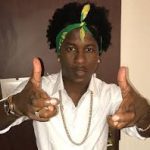 esmond Mendize was born in Rio Bueno,Jamaica  on April 6, 1980. He started his ascent at singing competitions at the age of five. He attended Rio Bueno Primary and High School.

Mendize has been part of the Warlord International and Bass Odyssey. sound systems. As Tony Mentol, he made his recorded debut in 2004 with the single “Woman It’s You”. He eventually switched aliases to Charly Black and recorded a string of cuts for labels like Coppershot, M Bass, and VP, the last of which issued “Buddy Buddy” in 2008. In 2014 he recorded his most successful single, “Gyal You a Party Animal”, then simply known as “Party Animal”. The song, based on Kurt Riley’s Jambe-An riddim, gradually spread outside Jamaica to win over audiences across South America. It was licensed worldwide by Allezgo Productions  and for the US by Cassblanca Records in early 2016, followed by the release of a music video for the song on Youtube months later. It has since received over 100 million streams on Spotify.

The song has also been remixed by other foreign music artists, including Maluma,Daddy Yankee, and Jillionaire. However, Maluma announced via Instagram that he was unable to launch his remixed version due to legal rights issues.

In May 2016, he performed in Victoria Seychelles and was warmly welcomed by critics.

Since the critical success of “Gyal You A Party Animal” later that year, Mendize has been more active on live performing. In October 2016, he made a live performance in Mexico, performing such songs including his signature “Gyal You a Party Animal”, as well as Hoist & Wine. This performance was sponsored by the Hispanic Radio Network and station Los.40. He also appeared in San Jose Costa Rico  on December 2 of the same year, where “Gyal You a Party Animal” was certified Diamond in Central America, making him the first Jamaican music artist to be Diamond-awarded in said region. penepalquelee