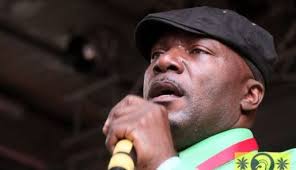 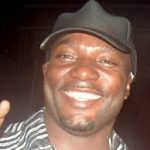 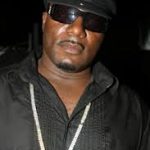 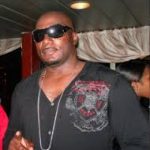 Captain Barkey followed the usual path to prominence, performing on a number of sound systems in Jamaica. He established a notable reputation performing as a resident DJ with the Stereo One sound system alongside Wickerman and Lieutenant Stitchie. In 1991 he recorded ‘Gun’ and ‘Original Get And No Chat’ for Steely And Clevie, which were popular hits in both the dancehall and on the reggae charts. Following on from the unprecedented success of Shaggy’s version of the Folkes Brothers’ ‘Oh Carolina’, he recorded ‘Slow Type Of Death’ over Brian And Tony Gold’s remake of the hit with King Jammy. His hit was featured on the one-rhythm Carolina My Darling, along with two other tracks from the Captain, ‘Teck A Man Woman’ and the similar ‘Wok A Man Woman’. Recording with a number of producers he enjoyed hits with ‘Gal At Mi Door’, the resentful ‘Some Gal A Idiot’, along with ‘Tek Somebody’, ‘Go Go Wine’ and ‘Claffy’. By 1995 he performed the more conscientious ‘Anti Christ’, which was featured on the b-side of Simpleton’s ‘Quarter To Twelve’. Both tracks were produced by the celebrated duo of Anthony Red Rose and Anthony Malvo. Sounding similar to Mad Cobra, in the introduction he condemned evil-doers, followed by the infectious chorus, ‘Anti Christ / no dem no nice / trying to mash up Rastaman life’.

He continued to maintain a high profile throughout the 90s. In 1996 notable hits included, ‘8000 888 000’, ‘Go Go Macarena’ and ‘Go Go Wine’ while in 1997 he released, ‘Can’t Tek Your Man’ and the riotous ‘Pose Gal Pickney’. In the beginning of 1998 he recorded in combination with his long time sparring partner Wickerman and Angel Douglas for the resolute, ‘Ambition’, as well as ‘Eight Cylinder’, which led to his supporting Tanto Metro And Devonte on the ‘Go So’ rhythm when he performed ‘Some Gal’. By the close of the century Hamilton relished an international reggae hit with the dancehall favourite ‘Wave Yu Hand’ for the producer, Colin ‘Fatta’ Walters. By 2000 Barkey and Wickerman were reunited when they performed as part of Worm Dem Crew. In February the duo was featured in the theatrical production, Ghetto Justice, that also starred Red Rat and Tanto Metro in their acting debuts.