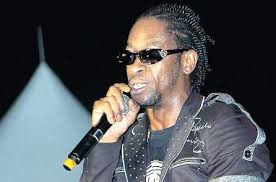 Rodney Basil Price (born 12 June 1972), known as Bounty Killer is a Jamaican reggae and dancehall deejay. All music describes him as having been “one of the most aggressive dancehall stars of the ’90s, a street-tough rude boy with an unrepentant flair for gun talk” He is the founder of a dancehall collective known as The Alliance  with deejay Movado and Vbyz Kartel 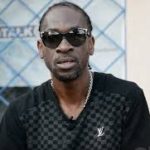 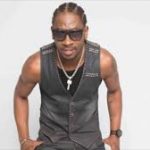 Price moved to Kingston at an early age, along with his mother and siblings. His father owned and ran the Black Scorpio sound system  and Price started his musical career as a sound system deejay in his early teens. At the age of 14, Price was shot by a stray bullet during a gunfight between rival political factions, and while convalescing in hospital decided on the name Bounty Killer. After recovering, he increased his performances on a greater number of sound systems, and turned his attention towards recording.

Before his entry into the dancehall industry, Price was in the retail industry as an entrepreneur selling figurines. He was then encouraged to record at King Jammy’s studio in Kingston. Price eventually recorded with King Jammy, the first session being in Spring 1992. One of his first tunes was the “Coppershot”, which Jammy was unwilling to release due to its lyrics glorifying gun culture.Jammy’s brother Uncle T disagreed and released the single himself.

In 1993, Price performed at the greatest one night show on earth, Sting, held in Portmore, Jamaica every year on Boxing Day, whereupon he had a high-profile clash with fellow deejay Beenieman. The rivalry continued through the 1990s, with both accusing the other of a stolen act. They settled their differences after both realized the negative effect their feud was having on the industry. He has also had heated rivalries with several other top deejays, including Merciless and Vbyz Kartel, throughout his career.He increased control over his output in 1995 by leaving Jammy and setting up his own Scare Dem Productions company and Priceless Records label,During the 1990s, Price voiced for several producers and labels in Jamaica, releasing songs such as “Defend the Poor”, “Mama”, “Book, Book, Book”, “Babylon System” “Down in the Ghetto” and “Look Good”. At about this time, he became known in USA and in Europe, recording with such artists as Busta Rhymes,No Doubt, Masta killa,The Fugees,Wyclef Jean,Mobb Deep,Capone-N-Noreaga,Swizz beatz and AZ.