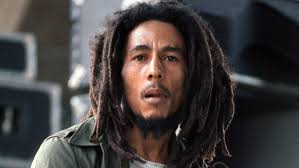 Robert Nesta Marley  OM (6 February 1945 – 11 May 1981) was a Jamaican singer-songwriter who became an international musical and cultural icon, blending mostly reggae, ska, and rocksteady in his compositions. Starting out in 1963 with the group the Wailers, he forged a distinctive songwriting and vocal style that would later resonate with audiences worldwide. 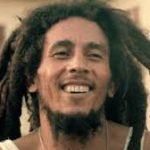 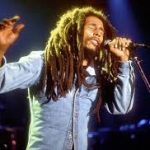 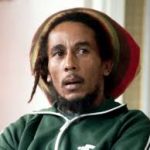 would go on to release some of the earliest reggae records with producer Lee “Scratch” Perry.[6]

After the Wailers disbanded in 1974, Marley pursued a solo career upon his relocation to England that culminated in the release of the album Exodus in 1977, which established his worldwide reputation and elevated his status as one of the world’s best-selling artists of all time, with sales of more than 75 million records. Exodus stayed on the British album charts for 56 consecutive weeks. It included four UK hit singles: “Exodus”, “Waiting in Vain”, “Jamming”, and “One Love”. In 1978, he released the album Kaya, which included the hit singles “Is This Love” and “Satisfy My Soul”. The greatest hits album, Legend, was released in 1984, three years after Marley died. It subsequently became the best-selling reggae album of all time.Diagnosed with acral lentiginous melanoma in 1977, Marley died on 11 May 1981 in Miami at age 36. He was a committed Rastafari who infused his music with a sense of spirituality.He is credited with popularising reggae music around the world and served as a symbol of Jamaican culture and identity. Marley has also evolved into a global symbol and has inspired a significant merchandise industry.Bob Marley was born 6 February 1945 on the farm of his maternal grandfather in Nine Mile, Saint Ann Parish, Jamaica, to Norval Sinclair Marley (1885–1955) and Cedella Booker (1926–2008). Norval Marley was a white Jamaican originally from Sussex, England, whose family claimed Syrian Jewish origins. Norval claimed to have been a captain in the Royal Marines; at the time of his marriage to Cedella Booker, an Afro-Jamaican then 18 years old, he was employed as a plantation overseer.Bob Marley’s full name is Robert Nesta Marley, though some sources give his birth name as Nesta Robert Marley, with a story that when Marley was still a boy a Jamaican passport official reversed his first and middle names because Nesta sounded like a girl’s name. Norval provided financial support for his wife and child but seldom saw them as he was often away. Bob Marley attended Stepney Primary and Junior High School which serves the catchment area of Saint Ann.In 1955, when Bob Marley was 10 years old, his father died of a heart attack at the age of 70.Marley’s mother went on to marry Edward Booker, an American civil servant. The relationship brought Marley two American brothers: Richard and Anthony. Marley and Neville Livingston (later known as Bunny Wailer) had been childhood friends in Nine Mile. They had started to play music together while at Stepney Primary and Junior High School. Marley left Nine Mile with his mother when he was 12 and moved to Trenchtown, Kingston. Cedella Booker and Thadeus Livingston (Bunny Wailer’s father) had a daughter together whom they named Claudette Pearl, who was a younger sister to both Bob and Bunny. Now that Marley and Livingston were living together in the same house in Trenchtown, their musical explorations deepened to include the latest R&B from American radio stations whose broadcasts reached Jamaica, and the new Ska music. The move to Trenchtown was proving to be fortuitous, and Marley soon found himself in a vocal group with Bunny Wailer, Peter Tosh, Beverley Kelso and Junior Braithwaite. Joe Higgs, who was part of the successful vocal act Higgs and Wilson, resided on 3rd St., and his singing partner Roy Wilson had been raised by the grandmother of Junior Braithwaite. Higgs and Wilson would rehearse at the back of the houses between 2nd and 3rd Streets, and it wasn’t long before Marley (now residing on 2nd St), Junior Braithwaite and the others were congregating around this successful duo. Marley and the others didn’t play any instruments at this time, and were more interested in being a vocal harmony group. Higgs was glad to help them develop their vocal harmonies, although more importantly, he had started to teach Marley how to play guitar—thereby creating the bedrock that would later allow Marley to construct some of the biggest-selling reggae songs in the history of the genre.